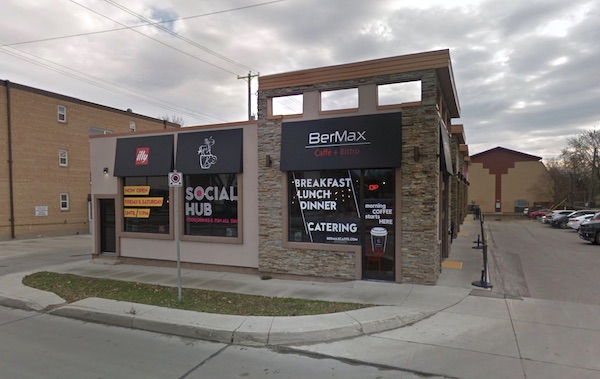 WINNIPEG — Family members who have denied police accusations that they staged an anti-Semitic attack at their Winnipeg cafe have faced financial troubles, including a six-figure lawsuit from a lender.

Court records show Oxana and Alexander Berent were ordered last August to pay $112,358 to the Business Development Bank of Canada for a design company the couple owned north of Winnipeg.

Court documents show the bank had loaned the couple $150,000 in 2014 and had only received $40,000 in repayments. The case ended in a default judgment in favour of the bank.

More recently, the couple’s son, Maxim Berent, was sued by the Royal Bank for $43,000 that the bank said he owed on a credit card. That statement of claim was filed this week. The allegation has not been tested in court and Berent has not responded to it.

The three family members are owners of BerMax Caffe and Bistro, where police investigated a report last week of a hate crime that shocked many in the city.

The business was vandalized and spray-painted with anti-Semitic graffiti last Thursday — the night before Passover. Oxana Berent also reported being assaulted.

Six days later, police said they believed the whole event was staged. The three Berents were charged with public mischief and released on a promise to appear in court in May.

Attempts to reach the Berents by The Canadian Press have been unsuccessful, however they told CBC on Wednesday that they did not stage the attack.

The family admitted to facing financial challenges — putting their home north of Winnipeg up for sale to pay for business loans and also attempting to sell their cafe — but said that would not lead them to stage an attack.

Bernie Bellan, editor of the Jewish Post and News, met with the Berents on Wednesday night outside the cafe and said they appeared sincere about not staging the attack.

“Oxana was just shaking uncontrollably,” Bellan said. “She had to sit down outside.”

Still, Bellan said he has had questions about the vandalism since it was first reported last week, especially since police were already investigating earlier complaints of hateful graffiti outside the same business.

There are many other businesses with Jewish names in the area that haven’t been victimized, Bellan said, and the assault on Oxana Berent was very unusual.

“This was unique in the level of violence and destruction.”

The BerMax Caffe had been a kosher restaurant until last fall, Bellan said. It now has signage that touts Italian-style pizza, French crepes and other goods.

A Gofundme page set up in the wake of the vandalism has been taken down and the organizers of the fundraiser say they will refund the $900 collected for the family.

← Previous: Upgrades to Bell MTS Place Skywalk to Last Throughout Summer Next: Teen in Hospital After Car Hit by Train Near Oakbank →
Tags: Crime | Winnipeg