Teen in Hospital After Car Hit by Train Near Oakbank 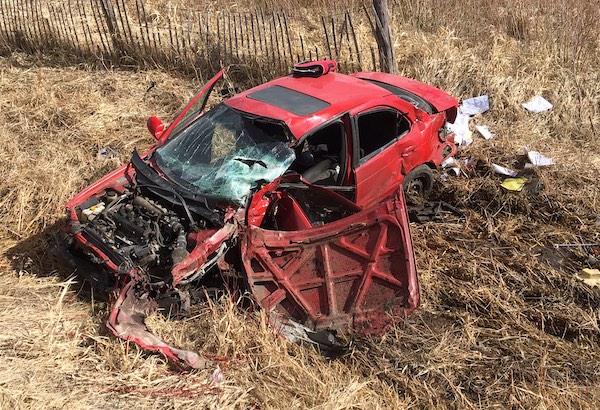 The wreckage of a vehicle involved in a train collision near Oakbank on Wednesday afternoon. (RCMP HANDOUT)

A 17-year-old boy was taken to hospital Wednesday afternoon after his vehicle was hit by a train in the RM of Springfield.

The accident happened at around 4 p.m. at an uncontrolled crossing on Briercliff Road, less than half a kilometre south of PR 213 near Oakbank.

Alcohol or drugs don’t appear to be factors in the crash, say police.