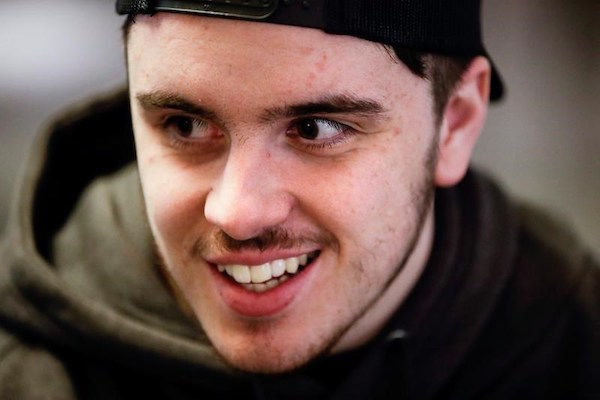 In this Wednesday, March 20, 2019 photo, Ryan Straschnitzki speaks during an interview with The Associated Press in Philadelphia. (THE CANADIAN PRESS/AP/Matt Rourke)

AIRDRIE, Alta. — It’s been more than a year since injured Humboldt Broncos player Ryan Straschnitzki slept at home in his own bed.

That’s about to change.

After several months of renovations, his family’s home in Airdrie, just north of Calgary, is once again ready to be lived in.

For Straschnitzki, paralyzed from the chest down in a 2018 bus crash that left 16 people dead and 13 others injured, it will mean increased independence.

“I think everything’s just going to be accessible for me with the lift and everything like that,” he said.

The Straschnitzkis have been living in hotels since last July when Ryan returned home from physiotherapy at the Shriners Hospital for Sick Children in Philadelphia.

The renovations were months behind schedule, largely due to a number of structural problems in the original home.

The garage floor sank 50 centimetres and had to be re-poured. There were problems with wiring and the hardwood floors had to be ripped up.

The biggest changes included installing a separate heating unit for Straschnitzki’s bedroom — he’s unable to sense when his body is too hot or too cold — and building an elevator from the garage to what will be his basement apartment.