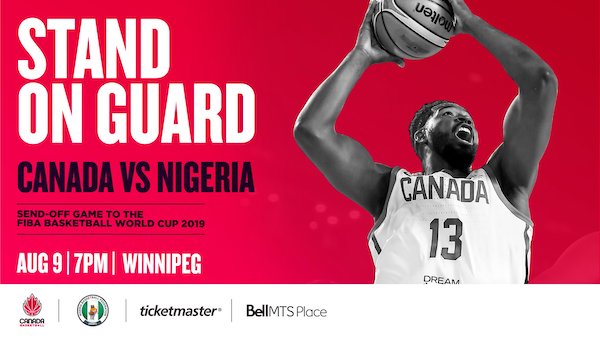 WINNIPEG — Canada’s national men’s basketball team will hit the court this summer in a send-off game against Nigeria at Bell MTS Place.

“This is going to be an exciting game against a talented and athletic Nigerian national team. Only a few weeks away from the start of the FIBA World Cup, our game in Winnipeg will be very important for our team’s preparation,” said Glen Grunwald, president and CEO, Canada Basketball.

“I expect we’ll have Canada’s most talented team ever, with most of our NBA players proudly representing their country.”

The event marks the first time in 20 years the city has hosted an international competition featuring the senior men’s national team.