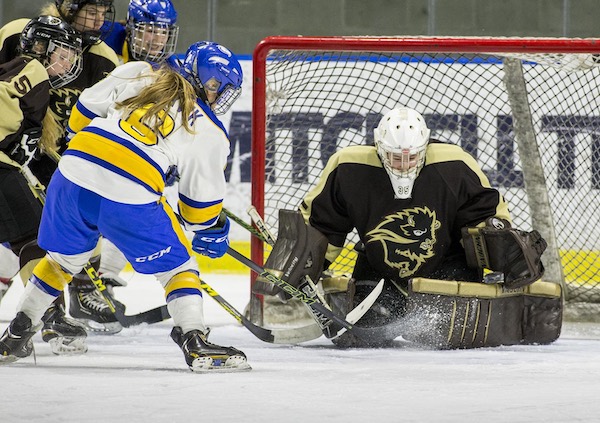 WINNIPEG — The Manitoba Bison women’s hockey team will have a veteran goaltender between the pipes when the 2019-20 season begins with the return of Amanda Schubert.

The 25-year-old returns to the Herd for her fifth year of eligibility after playing with Manitoba from 2013-17.

“Our program is very fortunate to have someone like Amanda return to the program,” said Bisons head coach Jon Rempel, who returns to lead the program for his 15th season in 2019-20.

“She is a consummate leader, her work ethic is unparalleled, and she understands what it means to be a good teammate.”

The Bisons will also welcome first-year recruit goalie Kaitlyn Nault to the team for the upcoming season.

The 18-year-old Winnipeg native previously played for the boys’ A Division hockey team at Garden City Collegiate. She averaged a 2.32 GAA in nearly 302 minutes played in 2018-19, capping a two-year career that saw her become the first female to make a boys’ high school hockey team in the Seven Oaks School Division.

Kaitlyn is the sister of Kamerin Nault, who recently played three seasons with the Bison men’s hockey team.