Rules Around Manitoba Government Advertising Need to Be Clarified: Report 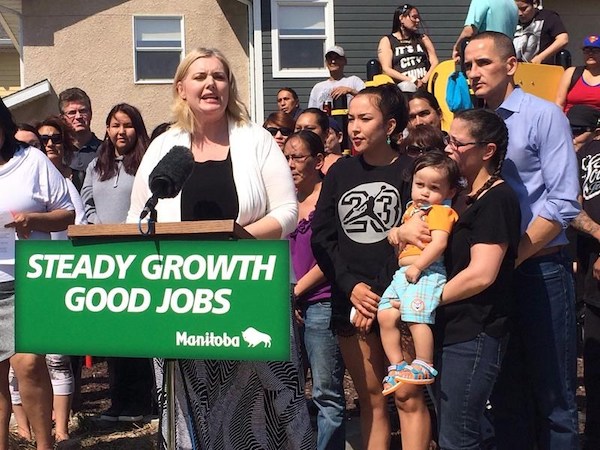 WINNIPEG — Manitoba’s rules on government advertising, which have landed politicians in hot water and prompted overly cautious bureaucrats to take down public information, are in need of an overhaul, says a report released Wednesday.

Michael Green, a lawyer and former provincial elections commissioner, was hired last year to review the rules. His report calls on the province to set out clear guidelines on what is proper public information and not partisan propaganda.

“Every case requires a judgment call and it is understandable that government staff would be uneasy about making a wrong decision,” the report says.

One of the rules forbids the government from most forms of advertising and publication in the lead-up to an election or byelection. There are a few exceptions for urgent matters such as public safety and government contract offers.

Two NDP cabinet ministers were found by the elections commissioner to have broken that rule before the 2011 provincial election by being involved in a media tour of a new birthing centre.

The NDP government also got its knuckles wrapped — there are no mandatory penalties or fines — for a ceremony in Winnipeg celebrating suffragette Nellie McClung in 2014. There were byelection campaigns underway at the time in two rural seats.

Over time, some government and public agency workers have become very cautious, Green’s report states. The Winnipeg Regional Health Authority will not publish some health information on its website during campaign periods, and the province’s Agriculture Department removes information that helps farmers decide when to spray their crops.

During a byelection last year in Winnipeg, the government did not publicly announce the results of soil tests that showed ongoing high lead levels in the St. Boniface area, although it notified affected residents by mail.

Green’s report urges the province to amend the current law to allow information to be published or advertised “in continuation of earlier publications or advertisements concerning ongoing programs.”

The report also suggests the province only restrict advertising during byelection campaigns in areas where people will be voting, not provincewide.

Green also examined a proposal from the Progressive Conservative government to have the auditor general review all government advertising — even outside of election periods — to ensure it is non-partisan. While in opposition, the Tories complained the former NDP government was using taxpayer money to promote itself via a million-dollar “Steady Growth” ad campaign that touted infrastructure projects.

Green suggests that instead of having the auditor general examine all ads, the government should spell out clearly for staff and bureaucrats what is and isn’t acceptable. It should also give the auditor the authority to field complaints from people who feel the governing party may be promoting itself with public money, he says.

Justice Minister Cliff Cullen said he accepts the recommendations in general, but finding ways to implement them will take time and isn’t likely to happen before the next election.

“We certainly want to get the policy correct, and there’s a lot of components within that policy to make sure we get correct,” Cullen said.

“It will require further consultation with a number of individuals to get that right.”