Jackman-Atkinson: Perception? Or Something More? 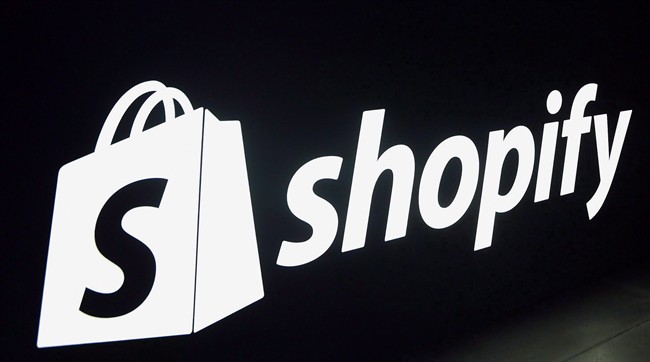 A Shopify logo is seen during an event in Toronto on Tuesday, May 8, 2018. (THE CANADIAN PRESS/Nathan Denette)

Last week, news broke that the majority stake in Manitoba success story, HyLife Ltd., will be sold to a Thai-based agricultural conglomerate. The rest of the company had previously been purchased by a Japanese general trading company, Itochu. I also heard recently about some Manitoba equipment dealers being purchased by a European company. These are two examples of recent business sales, but each year, there are more. I’m hesitant to draw conclusions from a handful of examples, but do we have a problem in Canada?

Whether publicly or privately held, each business has their own reason for selling, but why does it seem that Canadian businesses are usually the ones being bought, not the ones doing the buying?

I don’t think that Canada, or Manitoba for that matter, is home to individuals with any less entrepreneurial spirit than elsewhere. We certainly start lots of businesses and there are many examples of Manitoba companies succeeding in a global market. But when it’s time to sell, why aren’t more Canadian buyers knocking on the door?

Certainly, some of it is capital. Buying another company is expensive and there are only so many potential buyers with enough capital to meet a seller’s asking price. Then there is the second problem when it comes to Canadian buyers— our market is relatively small and there are only so many companies operating in each industry and only a certain number of them are looking to make acquisitions in order to expand their operations or enter a new market.

Some have speculated that it’s more an issue of perception— companies being bought make the front page, while stories about companies doing the buying are usually relegated to the business section.

But is there something else? Looking at the Canadian tech industry is an interesting proxy for the Canadian business environment as a whole. In 2016, the IPO of Ottawa-based, e-commerce software company Shopify made headlines. The company’s $131 million valuation was big news because often, Canadian firms don’t make it to that point, they’re bought out long before. In the five years preceding the Shopify IPO, the Globe and Mail reported that 183 Canadian tech company were sold, with almost 70 percent of them purchased by U.S. firms.

A report by international accounting firm PwC about emerging tech companies, released in early 2016, found that 77 percent of Canadian founders were planning to exit their company. Close to two-thirds said they were planning to sell, with most planning to do so within the next few years. In Silicon Valley, most founders plan to stay with their company and build it into the next billion-dollar venture. There would appear to be some difference in our mindset that has more Canadian founders focused on selling, which in turn means we have fewer Canadian companies to do the buying. Maybe Nortel and RIM received such stature at their peaks because there are so few companies like them here.

Foreign ownership isn’t all bad. Most companies are acquired because the purchaser believes their products, networks or trained staff will help their existing businesses and growth is the ultimate driver. Provided these companies continue their operations in Canada, regardless of ownership, jobs are retained and often added. For some companies, the same level of growth would simply not be possible had the sale not taken place.

At the end of the day, the owners of private companies have three options when they want to step back: hand over operations to the next generation, go public, or sell. Every business owner will make the decision that best meets their needs, but it’s time to change the Canadian frame of mind so that buying is just as celebrated as selling.

← Previous: Police Searching for Missing Girl, 6, in Alleged Abduction Case from U.S. Next: Little Steven and the Disciples of Soul Playing The Burt →
Tags: Canada | Technology