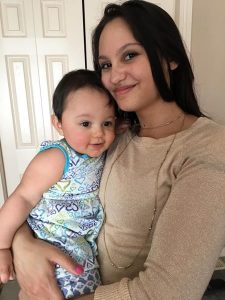 CALGARY — Police in Calgary say second-degree murder charges are pending against a man after they found the bodies of a woman and toddler who were reported missing nearly two weeks ago.

The suspected remains of Jasmine Lovett, 25, and her 22-month-old daughter, Aliyah Sanderson, were found early Monday in a heavily wooded part of Kananaskis Country, a wilderness area on the eastern edge of the Rocky Mountains.

Staff Sgt. Martin Schiavetta told reporters the woman’s boyfriend, who had been taken into custody for questioning when Lovett and her child disappeared, had been rearrested.

“We believe the suspect and Jasmine were in a relationship and this was a targeted attack motivated by domestic-related matters,” he said.

“It was a domestic relationship which deteriorated over a period of time.”

Investigators believe the woman and toddler were killed between the night of April 16 and early on April 17, Schiavetta said. Their bodies were then transported to the Kananaskis area between April 17 and 20.

Police are not identifying the suspect until charges are laid, but they expected that to happen later Monday or Tuesday.

Schiavetta said he could not disclose further details about the case, but did say police do not have other suspects.

Robert Leeming, 34, previously told media outlets that he was the man police previously questioned and that Lovett and the girl lived in his southeast Calgary home.

He has said he is innocent.

Lovett and her daughter were last seen April 16. Police said an online purchase from Lovett’s account was made two days later, but they don’t know if she’s the one who made it.

The pair was reported missing after failing to show up for a family dinner.

Police said they could find no evidence the pair were alive and began a search for their bodies outside Calgary, but put it on hold after heavy snow fell in the area.

At the time, police also said they believed the suspect had tried to burn evidence and asked the public to report unusual fires.

“Our lives have been devastated and our hearts are heavy,” the Lovett family said in a statement released by police Monday.

“We are trying to understand how this tragedy could have happened to our loved ones.”

Josie Sanderson, the child’s paternal aunt, said she had been hoping Aliyah and Lovett would be found alive, while at the same time bracing for the worst.

Sanderson, who lives in St. Catharines, Ont., never met her niece in person, but would regularly video chat with her.

“I never got to actually hug her, kiss her,” Sanderson said.

“I know she’s in heaven right now. What a waste of such a precious life.”

She said her brother Robbie Sanderson, the girl’s father, is overcome with grief.

He and Lovett broke up several months ago and Lovett moved in with another man, who the aunt said she understands is Leeming.

A sworn affidavit from his estranged wife, as part of their divorce case, claims that a peace officer found their dog, Axel, tied to a tree without food or water. The wife said the animal had been left there for four days.

The wife also cited numerous occasions where she believed Leeming was stalking her. In the document, she said she feared for her safety, and that of their child.

“The plaintiff has emotionally destroyed me during our relationship … He was cruel and intimated things that caused me to fear for our lives at the end of our relationship,” she said.

An affidavit from Leeming said his wife has “always suffered from mental health issues” and that she physically assaulted him “on a number of occasions.”

He denied ever grabbing his wife and said police had never been called to their home to deal with a domestic disturbance.

He admitted to owning a number of firearms for which he is licensed and that are kept in a safe. He also said he has collected knives since he was seven and estimates he owns 60 ranging in size from 1.3 to 20 centimetres.