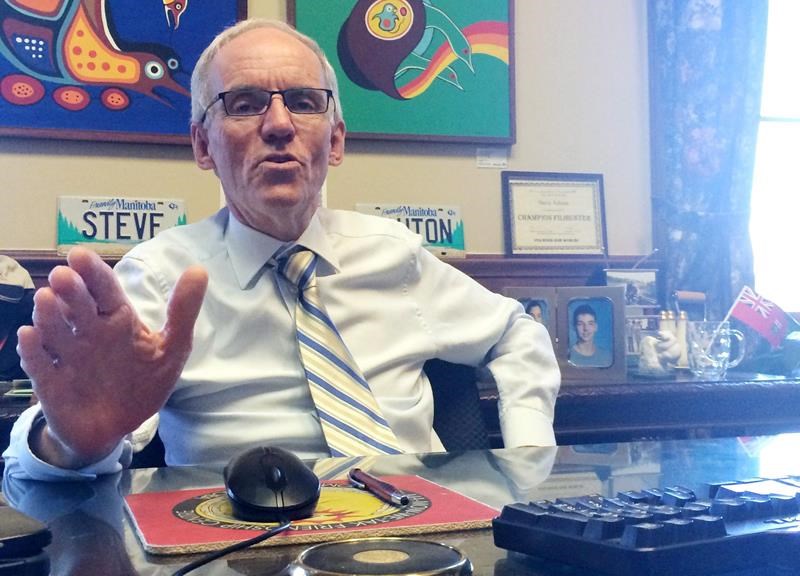 Steve Ashton speaks to The Canadian Press in Winnipeg on Friday, April 29, 2016. (THE CANADIAN PRESS/Steve Lambert)

WINNIPEG — A veteran Manitoba New Democrat and former cabinet minister has lost his last opportunity to run for the party in the upcoming provincial election.

Steve Ashton, who held the Thompson legislature seat for 35 years, was defeated in the 2016 election but wanted to run again.

He was rejected by the party’s candidate selection committee and appealed to the provincial executive this week. The executive turned down his appeal Wednesday and did not reveal their reasons to the media.

“At this time, no further details regarding this matter can be disclosed,” Tim Johnson, the NDP’s provincial secretary, said in a written statement.

Blair Hudson, an Ashton supporter who sits on the NDP provincial council, said Ashton is being excluded partly because he ran unsuccessfully against Wab Kinew for the party leadership in 2017.

The race became bitter at one point as details of Kinew’s brushes with the law were leaked anonymously to party members and the media, including two counts of domestic assault in 2003 that were stayed by the Crown. Some Kinew supporters accused Ashton of being behind the leaks.

Kinew, who has denied the assault accusations, said he took no part in Ashton’s candidate application review.

“I’m not going to comment, just because as a leader, I think it’s not appropriate for me to try and weigh in in any way,” Kinew said.

When asked whether he wished Ashton well after a long career, Kinew said “I wish everybody well”.

A political analyst said the decision is a sign that the NDP is still suffering division from the leadership race and a failed rebellion against former premier Greg Selinger in 2014.

“There very clearly was still division, still hard feelings from some old battles and old conflicts in the NDP,” said Royce Koop, head of political studies at the University of Manitoba.

Forcing Ashton out instead of allowing party members in Thompson to choose between contenders for the nomination could dampen NDP support in the northern city, Koop added. But it also may allow the party to move on and start to put recent infighting behind it, he said.

Ashton was first elected in 1981 and served in a variety of cabinet portfolios over his career, including transportation and emergency measures. He ran for the party leadership in 2009, 2015 and 2017.

His leadership bids did not attract much support from fellow cabinet ministers and he inevitably found himself up against a candidate backed by more members of the party establishment. While always something of an outsider, he showed an ability to sign up many new party members and raise money.

Premier Brian Pallister leapt on the NDP’s decision in question period Wednesday, accusing the Opposition party of penalizing Ashton for revealing the truth about Kinew.

“He’s being not allowed to run because he’s exposed information which (Kinew) doesn’t like.”