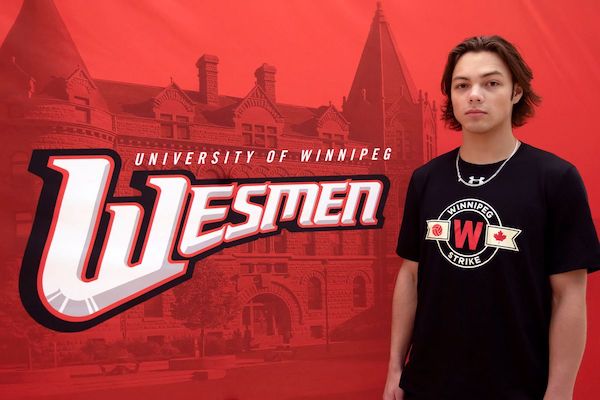 The 6’1″ left side is a graduating all-star, competing in the provincial program this past season, where he was named the No. 2-ranked player in the province. He was also named a MHSAA AAAA provincial all-star for the Crusaders.

“Josh is an outside hitter with a good jump and strong attack,” said Wesmen head coach Larry McKay.

“He comes from an excellent volleyball background on Winnipeg Strike with Rob Olfert and Lindsey Habib, and from St. Paul’s High with Lloyd Voth as coach, and on the WinMan team last year with coach Russ Harder and Zack Diboll. I think he has the ability to play at our level and I’m pleased he chose our program to do that.”

Terin was somewhat of a late bloomer to the sport, only pick it up during his 15U season.

“Pretty much ever since then I knew I wanted to take it a step further,” Terin said. “I really started getting serious going into Team Manitoba last summer.”

Terin will enrol in Criminal Justice and have five years of eligibility with the Wesmen.