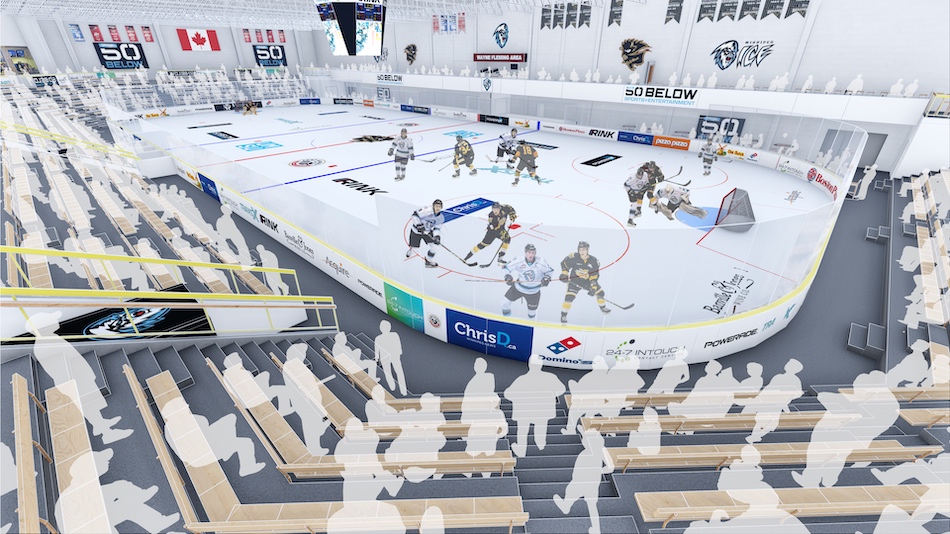 An artist’s rendering of future upgrades to Wayne Fleming Arena for the Winnipeg Ice’s inaugural 2019-20 season. (50 BELOW SPORTS + ENTERTAINMENT) 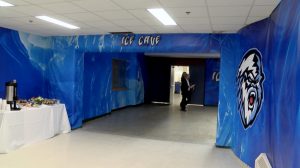 When you step inside Wayne Fleming Arena this fall, you’ll hardly recognize the place.

50 Below Sports + Entertainment is injecting $1.2 million into the University of Manitoba hockey arena as the WHL’s Winnipeg Ice begin their inaugural 2019-20 season in the city.

Upgrades to the facility include expanded seating from 1,400 to 1,600 fans, concessions upgrades with a larger menu, in-seat food service, loge-style and party seating, and new video scoreboards. Construction will also include new safety netting at each end of the arena, as well as new glass. 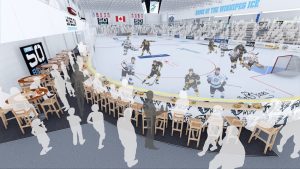 Party-style club seating around the arena’s edge. (50 BELOW SPORTS + ENTERTAINMENT)

“The environment in Wayne Fleming Arena, dubbed as the “Ice Cave,” will be electric and one-of-a-kind experience for WHL fans,” Matt Cockell, president and GM of the Winnipeg Ice, said during a news conference on Thursday.

It appears the ownership group has dug deeper into their pockets for the arena overhaul from when the team’s relocation from Cranbrook, B.C. was announced earlier this year. Previous estimates had construction pegged at $400,000, but has since increased to the $1.2 million price tag revealed today. 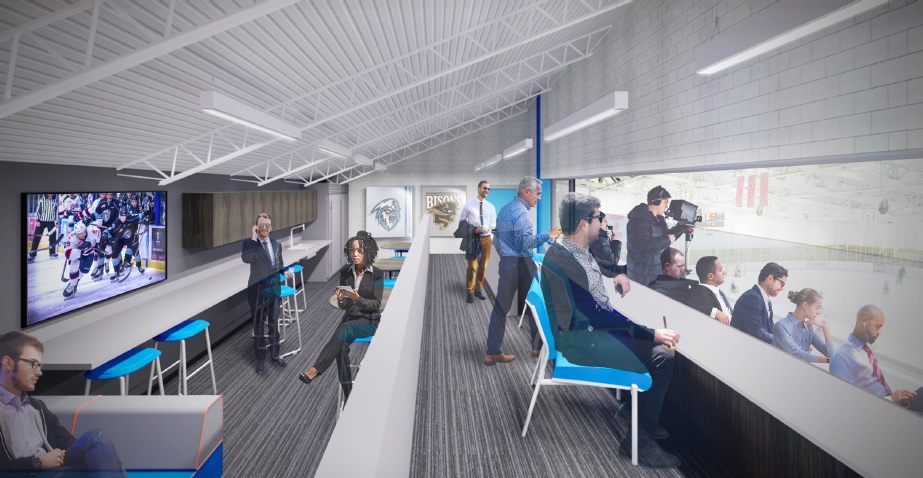 The Ice will play two seasons at Wayne Fleming Arena while their permanent home at The Rink complex on McGillivray Boulevard is completed. The University of Manitoba Bisons currently play in the arena and will no doubt benefit from the upgrades to their home rink once the Ice eventually move out.

“Our partnership with the U of M will create a lasting legacy and create an enhanced atmosphere for all U Sports male and female athletes,” Cockell added.

Team officials say approximately 200 seats, coinciding with the expanded capacity, will be available beyond the priority seat selection beginning on Friday, May 17 at 9 a.m. through WinnipegIce.ca.

A season schedule hasn’t yet been released, but the Ice will play 34 home games beginning in September.