Home » Sports » The Star Goes to Belmont, Assiniboia Downs Opens Without Her

The Star Goes to Belmont, Assiniboia Downs Opens Without Her 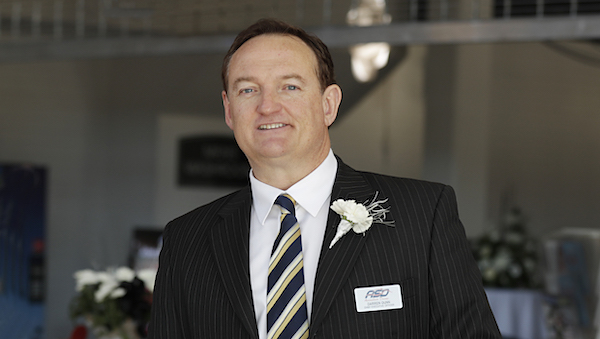 The star is gone. The greatest Manitoba-bred mare of all-time, the magnificent Escape Clause, has become so big, she’s had to leave Assiniboia Downs and hunker down in the barns at Canterbury Race Track in Shakopee, Minnesota.

After all, she has a date with the greatest older females on the planet on Saturday, June 8 — Belmont Stakes Day in New York — when she runs in the Ogden Phipps $700,000 Grade 1 mile-and-a-sixteenth race for fillies and mares four-years-old and up on dirt. She will leave Minneapolis for Delaware three weeks early, train there and then truck it into New York, all paid for by the race organizers at Belmont Park.

So, with Sovereign Award-winning Escape Clause off to face the sport’s best, her home track, Winnipeg’s Assiniboia Downs has to find a new star this season. And that search for the next great fan favourite begins on Sunday.

Sunday is not only Mother’s Day, it’s also opening day at the Downs, and ASD CEO Darren Dunn expects nothing less than an exciting opener and a thrilling season. He’d also like to find the track’s next big star.

“On the race track, we’re looking for a new star to emerge now that our Russell, Manitoba-bred mare, Escape Clause is on the world stage,” said Dunn. “We’ll have to wait and see who comes out of the barns this year to catch our attention and that anticipation is pretty exciting.

“Meanwhile, our jockey colony is as competitive as it’s ever been with half a dozen new riders coming in to push the envelope a little further. And then we have two exciting new wagers. The Chase the Ace contest in Winnipeg to raise some money for Final Furlong, the after-care program for horses who have finished their careers on the track, and the Jackpot Pick 5, which is a new and exciting cutting edge bet in North America. You have to pick five winners in a row, but you have to be the only person to do it. So, it’s a unicorn experience and we feel that jackpot could grow to a huge amount and draw some attention and excitement.”

This year, it’s all about the new jockey colony and a collection of bigger barns. It’s expected that there will be more horses here in Winnipeg than ever before and it’s also expected that a number of jocks will chase Antonio Whitehall and Prayven Badrie for their 2018 jockey title.

“Without a doubt, Antonio Whitehall’s the guy to catch one more time,” explained Dunn. “I think there are a number of veterans who will try to push him a bit this year. Interestingly enough, the co-champion jockey from last year, Prayven Badrie relocated to Century Mile in Edmonton this spring and on Opening Day there, after winning a race, his horse went down and he broke his collarbone. So now he’s indicated that as soon as he recovers, he’s coming back here. Badrie will be a slow starter out of the gate but he’ll eventually be back to lay claim to his title.

“And the new riders out of Jamaica, Trinidad and Tobago and Barbados, have all had championships in their past. We don’t bring in any lightweights (pun intended) when it comes to jockeys. You have to have a pedigree when it comes to what you’ve accomplished on the track to race here and we think we have some gems coming in.”

Meanwhile, Dunn believes that Jerry Gourneau could repeat as the trainer’s champion this summer, but he won’t get there without a fight.

“Everybody seems to have a bigger barn,” Dunn said of the trainers on the backstretch.

“There is a really good vibe, a real positive feel around the place that has a lot to do with our new deal with the government and their support and the fact they understand what this industry contributes to Manitoba and that optimism trickles down to the barns very quickly. If there were horses available to be purchased, and horses are very hard to come by these days, there are people who want to buy more. We had an upsurge in the horse population last year and if we can match that again this year, I’ll be thrilling.”

On the upside for the track’s big players, the Downs has reduced the track take-out for all wagers offered locally except for win, place, show and pick-4 which is already at a low 15 percent.

“With the takeout reduction on live racing, we are pleased to take some steps forward to recognize the importance of returning additional funds to our bettors to not only add value to their winning payoffs, but to also set up the potential for additional wagering churn,” said Dunn. “In addition, we must remain competitive in the racing marketplace for live race signal sales and the wagering that comes in from customers outside of Manitoba who provide us with not just revenue, but also important liquidity to our wagering pools. To be clear, the cost to develop and produce content (live racing) is very expensive and we are mindful that this move may not immediately create net revenue gains. In saying that, we are pleased to begin to move towards a better balance for all stakeholders in our industry.”

The horses head to the post at 1:30 p.m. on Mother’s Day — opening day at Assiniboia Downs.