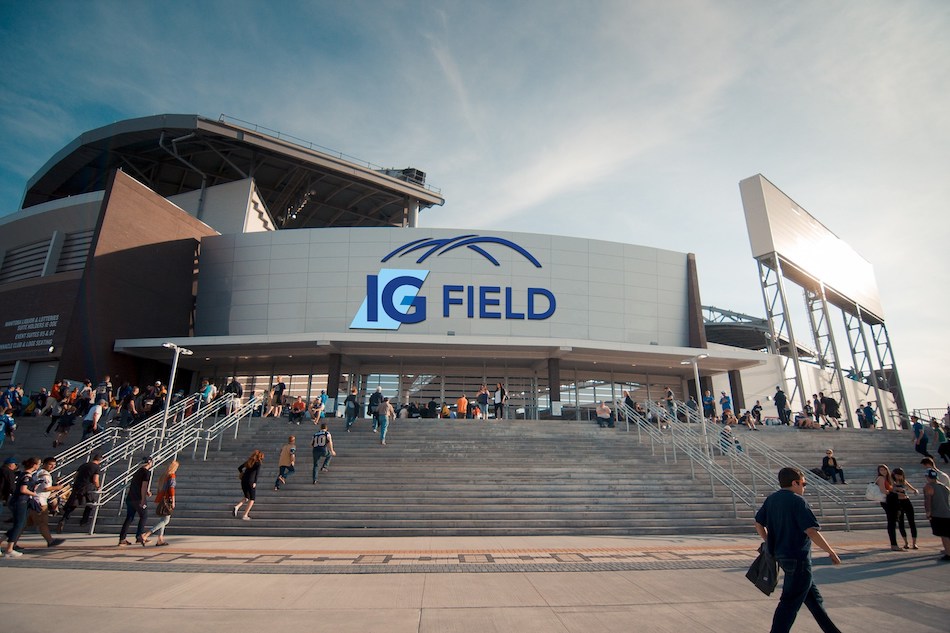 The home of the Winnipeg Blue Bombers is officially being renamed to what most fans already call it — IG Field.

The renaming of Investors Group Field comes as the financial services firm at the centre of the name rebranded itself to IG Wealth Management last October.

The company has held the naming rights to the stadium since it opened in 2013, as well as to Investors Group Athletic Centre across the street.

“Our firm may have a new name, but our commitment to the Blue Bombers and the city of Winnipeg remains as strong as ever,” said Jeff Carney, president and CEO, IG Wealth Management.

The Blue Bombers say the name change will be reflected in all stadium signage including exterior building signage, field logo, entrance gates and concourse wayfinding. The process of changing signage began on May 1.

The Winnipeg Blue Bombers open their regular season at IG Field on Thursday, June 27 at 7:30 p.m. against the Edmonton Eskimos.