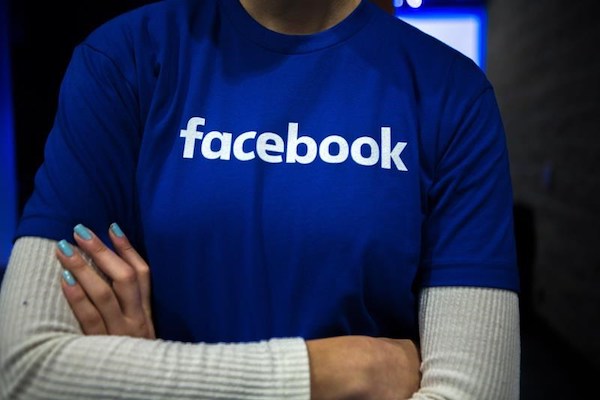 Guests are welcomed by people in Facebook shirts as they arrive at a Facebook Canadian Summit in Toronto on Wednesday, March 28, 2018. (THE CANADIAN PRESS/Chris Donovan)

OTTAWA — Politicians are increasingly concerned that social media giants have become so big, powerful and rich that they are effectively above the law — at least in a small country like Canada.

Their concern was on display last week at a meeting of the House of Commons access to information, privacy and ethics committee, where Liberal MPs raked Google over the coals for its decision not to run any political ads during this fall’s federal election campaign, rather than comply with a new law that requires them keep an online ad registry.

“You have a company that makes billions of dollars and looks at … a small jurisdiction in Canada and says, ‘Your democracy doesn’t matter enough to us, we’re not going to participate.’ But if a big player decided to change the rules, I guarantee that you would follow those rules.

“But we are too small for you. You are too big, you are too important and we are just not important enough for Google for you to take us seriously.”

He and Kee maintained the decision was strictly a technical one: Google engineers could not, in the short time frame required by the government, come up with a system that would reliably detect partisan and issue-oriented ads during the campaign and ensure they were all archived along with information identifying the source of the ads.

Following the last U.S. presidential election, when a spotlight was shone on the use of social media to spread fake news, sow dissension and manipulate the election outcome, Kee said Google created a template for political ad registries that it used in last fall’s U.S. midterms and will deploy in India and the European Union. But he said it’s not compatible with the specific requirements of the Canadian law, about which he said Google was not consulted.

Kee said Google will try to comply with the registry law by the next election in 2023.

It was clear Liberals on the committee weren’t buying the explanation. It was equally clear their frustration with social media giants extends well beyond Google and the political ad registry.

“The minute you start controlling these ads, you move from being a platform to proof positive you’re a publisher and once you’re a publisher, you’re subject to copyright and all that,” Baylis said, maintaining that’s the “real reason” Google has opted out of the political ad registry, not “this technical mumbo-jumbo” offered by the company.

Kee said that was “not remotely” the case.

Facebook has decided to comply with the ad registry law but the committee had another bone to pick with that company.

It adopted unanimous motions to summon Facebook CEO Mark Zuckerberg and COO Sheryl Sandberg to appear at the second meeting of the international grand committee on big data, privacy and democracy, which the Commons committee is hosting in Ottawa on May 28. The grand committee involves parliamentarians from Canada, the United Kingdom, Argentina, Belgium, Brazil, France, Ireland, Latvia and Singapore.

The summons came after the Facebook duo failed to respond to an invitation to appear. Zuckerberg has testified at a congressional committee in Washington following last year’s Cambridge Analytica scandal, in which the personal data of some 87 million Facebook users was improperly shared with the political consultancy firm. But he refused to appear at the grand committee’s first meeting in the U.K. and has repeatedly ignored invitations to appear before the Canadian committee to discuss Facebook’s handling of Canadians’ private information.

Federal privacy commissioner Daniel Therrien last month concluded that Facebook violated Canadian privacy laws by failing to ensure Cambridge Analytica got clear consent to use individuals’ personal information. He is going to court to force Facebook — which maintains Canadians were not affected by the scandal and that it has since made “dramatic improvements” to protect users’ privacy — to comply with privacy laws.

In an interview, Erskine-Smith noted that social media giants fought against the European Union’s general data protection regulation, which imposed strict new rules for protecting individuals’ privacy and stiff fines for companies that fail to do so. But once the law went into effect, they complied with it because the EU, unlike Canada, “is a substantial jurisdiction that they can’t ignore.”

More recently, he said the giants have professed to be in favour of stronger, government-imposed rules on privacy and the spread of hate and misinformation. And Karina Gould, Canada’s minister of democratic institutions, has been signalling that regulations are coming because she’s been disappointed by social media platforms’ efforts to self-regulate.

But said Erskine-Smith: “The problem is, unless we have global co-operation in establishing those new rules, we’re still going to open the door to companies saying, selectively, ‘This jurisdiction is too small, the market isn’t large enough to warrant changing our rules so we’re just going to ignore it.'”

Digital media expert Taylor Owen said that’s certainly true when it comes to regulation of political ads. But he said it will be more difficult to arrive at internationally co-ordinated regulations on harmful speech and competition, where laws are much more nationally specific.

Still, Owen said there’s no reason why Canada alone could not beef up its laws, as other countries have done, to impose steep fines on social media giants that violate privacy laws or don’t go far enough to constrain disinformation and hateful content. And, judging by the markedly hostile tone MPs in the governing party have adopted lately, he thinks that’s coming soon.

Whereas politicians initially embraced social media as a positive means to engage with voters, most western governments, including Canada’s, have come to a “radically different” view, said Owen, Beaverbrook chair in media ethics and communication at McGill University’s Max Bell school of public policy.

“The tone and the attitude of government is fundamentally changing. There is no trust anymore,” he said.