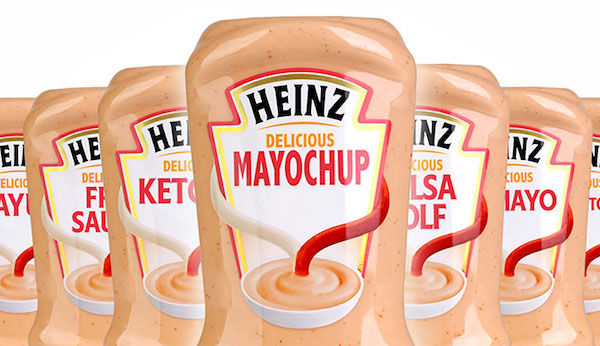 TORONTO — Kraft Heinz has acknowledged an “unfortunate translation” of its latest buzzy condiment of pre-mixed mayonnaise-ketchup that has reached Canada.

Mayochup, which was a crowd-sourced name, can mean something entirely different in some Cree dialects, according to linguists and Cree-speakers.

Arden Ogg, director of the Cree Literacy Network, said that around the community of Moose Factory in northern Ontario, the name can be heard as “sh*t face.”

“(This) happens to match the very vulgar English idiom for extreme drunkenness, and so it begins to be used that way, at least around Moose Factory,” said Ogg in an email.

She said mayo sounds like the Cree word “meyiwi,” which means feces, while the second half sounds like eye, which in parts of northern Ontario is also used to mean face.

Heinz spokesman Michael Mullen said the company has heard of the translation, which has caused a stir on social media.

“We have heard about the unfortunate translation of Mayochup in Cree, and the only thing we want our consumers, whichever dialect of Cree they speak, to have on their faces this summer is our newest condiment mash-up,” said Mullen in an email.

Mayochup hit U.S. shelves last year after a viral Twitter campaign to choose a name for the condiment, and bottles of it have arrived in Canada this month and will continue to be sold while supplies last.

The Cree translation of Mayochup was first shared on Twitter on May 16 by CBC radio host Waubgeshig Rice who cited Jonathan Solomon of Kashechewan First Nation.

Cree was reported as the most widely-spoken Indigenous language in Canada in the 2016 census with 96,575 speakers, although they are heavily concentrated in the Prairies.

Ogg said that for Cree-speakers looking to “reclaim their language,” this translation is a word they’ll probably never forget.