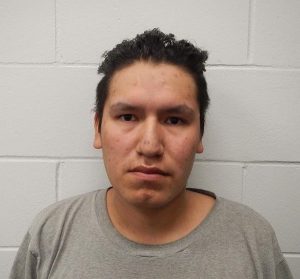 WINNIPEG — Two men and a foster mother have been charged following an investigation that police say found at least 17 children who were sexually and physically abused in a Manitoba Indigenous community.

“This is absolutely horrific allegations,” Families Minister Heather Stefanson said Thursday. “Certainly, our thoughts and prayers and sympathies go out to all the children and the communities and the families that are affected.”

RCMP said they received three complaints between December 2017 and June 2018 that children from the Garden Hill First Nation had been sexually assaulted.

Supt. Michael Koppang, who oversees the RCMP’s Major Crime Services, said officers learned that Harper had access to a foster home in the fly-in community in northeastern Manitoba. It became clear the investigation was about to get a lot larger.

“We became increasingly concerned that there was a potential for more victims due to the number of children who were in the care of this foster home throughout the years,” Koppang said at a news conference at RCMP headquarters in Winnipeg.

Mounties worked with Child and Family Services and interviewed or assessed more than 150 children.

After an 11-month investigation, officers determined 14 other children between three and 15 may have been sexually and physically abused between 2011 and 2017.

A 20-year-old man, who cannot be named because the alleged offences happened when he was a youth, now faces multiple charges of sexual assault, sexual interference and assault with a weapon.

The foster mother, whom police identified as Lucy Harper, 66, is charged with perjury and failing to report a child in need of protection. She is no longer a foster parent.

The two men are in custody, but the woman is not.

Koppang said he could not give more details or say how the foster mother and accused are known to each other. He said the investigation continues and more children could come forward.

“Despite our comprehensive search for victims with over 150 interviews, we recognize the possibility that there may be more children that were victimized that have not yet been identified,” he said.

Grand Chief Garrison Settee, who represents northern First Nations, said governments and police must ensure that the young people have access to support.

Arlen Dumas, grand chief of the Assembly of Manitoba Chiefs, said he was shocked by the arrests and number of children thought to be involved. He said it is not an isolated problem.

It’s clear that the overall issue of child welfare needs to be addressed in the province, he said.

There are more than 10,000 children in care in Manitoba and about 90 per cent are Indigenous.

“I want to send out the message to the victims as well. It’s not their fault that this happened,” he said.

“I hope that they don’t take any blame or that they feel that anything that they have done facilitated whatever may have happened to them.”