Home » Sports » ‘That Was My Shining Moment:’ Brown Making Strides in Horse-Training Circuit

‘That Was My Shining Moment:’ Brown Making Strides in Horse-Training Circuit 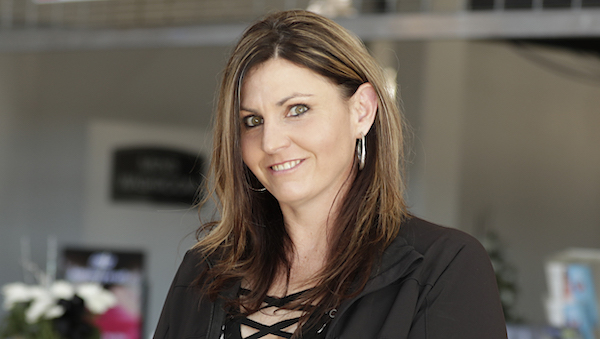 When she was 39, Shelley Brown was crowned the champion trainer at Assiniboia Downs. Now, seven summers later and Brown has a very good chance to get back to the top.

This past Friday night, she got on the win board with a four-year-old gelding named Respect the Shot. A longshot, Respect the Shot, ridden by Kayla Pizarro, showed nice outside speed and led wire-to-wire to pay $27.90, $15.00 and $6.20.

For Brown, who also owns the horse, it was a nice first win of the season. In 13 starts, Brown has a win, three second-place finishes and two thirds. She’s won $17,208 in the first four days of racing and sits in a tie for seventh with Marvin Buffalo in the trainer’s standings.

Brown (2012), Gourneau and Gardipy Jr. have all been trainer champions and for a veteran like Brown, it would be a special achievement to get back to the top.

“Winning leading trainer (in 2012) to become the first female to win a leading trainer honour in this part of the country. That was a really big deal for me,” she said. “That was my shining moment.”

Brown has been in the thoroughbred racing business for 11 years. Born and raised in Saskatchewan, she moved to Alberta when she was 19 and started grooming horses there.

“When I started moving up in the business, I started buying horses in both Edmonton and Calgary,” she said. “I bought cheaper claimers that I could run and have a little fun with. Then my dad got really sick with cancer and I went home to Regina to take care of him. And then one day I took a trip to Winnipeg, I’d never been here before, but he was in Regina, only five hours away so I came out here and fell in love with the place.”

Brown got her trainer’s license that fall at Marquis Downs in Saskatchewan and decided it was time to make a new start. So, she said goodbye to Alberta and hello to Winnipeg and the Downs was where she decided to start her career. She’s now been in Winnipeg for 11 years and she knows exactly why she’s been successful.

“I owe my success to a lot of hard work, dedication and a great staff,” she explained. “It’s really a team that makes it successful. Between my part-time employees and my full-time employees, I have about 10 people working for me.

“I have some nice horses and I have a lot of babies. For me, it’s going to be a focus on improving the older horses I have and hopefully they go on to run as well or better than they have before. And my babies are always exciting because you don’t really know what you have. They’re always the big thing to look forward to.”

Brown has a significant stable this year with about 30 horses in her barn. However, she also knows that while training racehorses is a profession, it’s also a sport.

“I have a lot of fun with this business,” she said. “It’s a lot of fun and a lot of stress. I have to try and manage the two and keep it all in balance.”

This weekend, Brown will be back at it with a longshot, Queen Jean, in Race 5 on Friday night and with one of the favourites, Johnny’sonaquest in Race 6, also on Friday. The first post is 7:30 p.m.