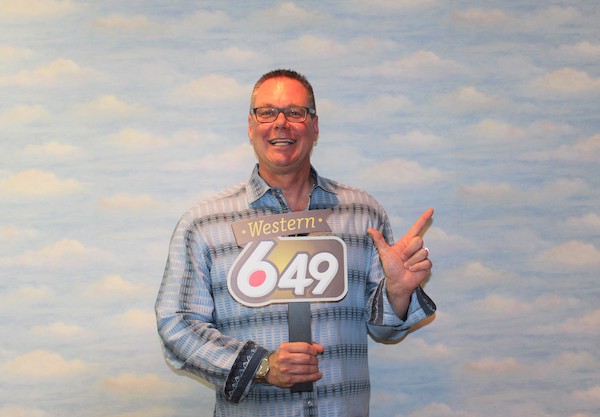 Derick Neufeld from Saskatoon won $2 million on the May 4 Western 649 draw. (WCLC / HANDOUT)

A Saskatoon man who recently visited Winnipeg left $2 million richer after winning the May 4 Western 649 and Extra draws.

Derick Neufeld won the big draw after he purchased the ticket at 7-Eleven at 1863 Henderson Highway.

“Winning the lottery, it’s a feeling like I’ve never felt before,” Neufeld said. “I’ve always hoped, but I didn’t think it would actually happen to me!”

He checked his ticket when he returned to Saskatoon.