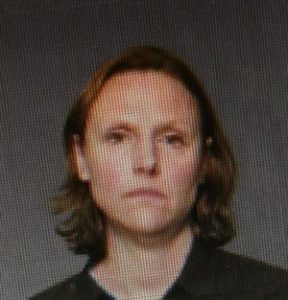 WINNIPEG — A Winnipeg woman convicted of hiding the remains of six babies in a storage locker will have to report relationships she has with men as well as any possible pregnancies to her parole supervisor.

Andrea Giesbrecht was sentenced last year to 8 1/2 years on charges of concealing the remains of the infants.

The Manitoba Court of Appeals said the sentence was too harsh in April and reduced it to three years.

She was released soon after because she had served two-thirds of the reduced sentence and was eligible for statutory release.

Initial conditions she faced included reporting to her parole officer, but in a decision earlier this month the Parole Board of Canada added 10 more.

Giesbrecht must report all sexual and non-sexual relationships to her parole supervisor and must also say if she thinks she’s pregnant.

“This is to monitor whether or not you become pregnant at any time, inside or outside your marriage, as you are documented as not being on birth control and you still have the ability to get pregnant,” the decision said.

Other added conditions say she cannot be around children under the age of 16 and must get psychological counselling.

If Giesbrecht doesn’t meet the conditions, she will be sent back to prison. Her full sentence ends in November.

The remains were found by U-haul storage workers in 2014 after Giesbrecht fell behind on her rental payments. She had previously stored at least some of the remains at another Winnipeg facility before moving them to the U-haul location.

The trial was told Giesbrecht, 45, made an effort to hide her pregnancies from everyone, including her husband. Medical experts testified that the infants were likely to have been born alive, but the remains were too decomposed to determine how they died.

Giesbrecht never testified and the trial never heard a motive for her actions.

The parole board’s decision said Giesbrecht admitted to being pregnant 16 times, but she still has not discussed what happened with the remains or why.