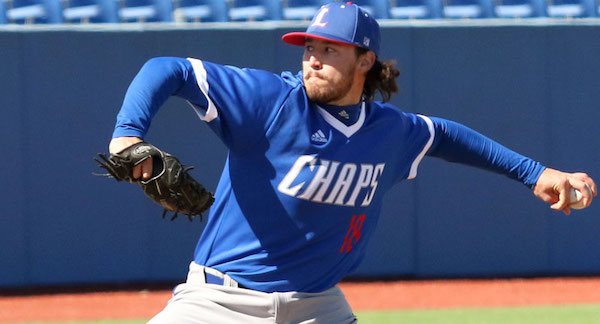 The Winnipeg native is expected to make his professional debut tonight at Shaw Park as the Fish host the Gary SouthShore RailCats in the second of a three-game series.

Johnson, 26, recently finished his college career at Lubbock Christian University in Texas, where he was 13-2 with a 2.54 ERA in 16 starts as a senior. Johnson struck out 117 and walked 39 in 106.1 innings for the Lubbock Christian Chaparrals, and was voted the Heartland Conference’s 2019 Pitcher of the Year.

Johnson is the first Winnipeg player to sign with the hometown baseball club since right-handed pitcher Donnie Smith’s final season with the Goldeyes in 2006.

The Goldeyes also announced they have traded right-handed pitcher Jack Charleston to the Can-Am League’s Quebec Capitales on Tuesday in exchange for a player to be named later.