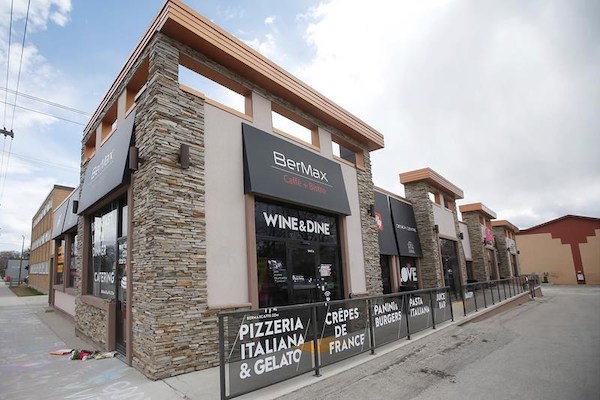 The lawyer for one of three family members accused of staging an anti-Semitic attack at their Winnipeg restaurant says the incident was no hoax. The BerMax Caffe in Winnipeg is photographed Thursday, April 25, 2019. (THE CANADIAN PRESS/John Woods)

WINNIPEG — A lawyer for one of three family members accused of fabricating an anti-Semitic attack at their cafe says his client firmly denies any suggestion it was staged.

“We expect the medical evidence will show this was genuine. This was not a hoax,” Martin Glazer said outside court Wednesday.

Glazer’s client, Oxana Berent, has been charged — along with her husband Alexander and son Maxim — with public mischief after their Bermax Caffe in Winnipeg was vandalized and spray-painted with anti-Semitic graffiti in April.

Oxana Berent, 48, reported being assaulted by an intruder and losing consciousness. She was taken by ambulance to hospital. Six days later, police announced they believed the entire attack had been staged and laid charges.

Oxana Berent could not have faked her condition, Glazer said.

“According to the information I have, it was noted when she was in the ambulance that she couldn’t even speak. She was in shock. She was traumatized. She was shaking … her blouse was torn,” he said.

“You can’t fake symptoms like that. We expect to get all the blood pressure readings and everything else that should confirm that she was the victim of an attack.”

Alexander and Maxim Berent have yet to retain lawyers, Glazer added.

“In cases such as this, it’s best that each accused has a separate lawyer.”

Glazer appeared briefly in court and the case was set over to the end of June.

Police were already investigating earlier reports of anti-Semitic graffiti at the cafe dating back to December. An online fundraising web page was established after the April attack to help the family, but was taken down when police said they believed the attack was a hoax.

Court records show the Berents have been facing financial challenges.

Oxana and Alexander Berent were ordered last August to pay $112,358 to the Business Development Bank of Canada for a design company the couple owned north of Winnipeg.

More recently, the couple’s son, Maxim, was sued by the Royal Bank for $43,000 that the bank said he owed on a credit card. That statement of claim was filed last month. The allegation has not been tested in court and he has not responded to it.

Glazer urged the public not to jump to conclusions before the case goes to trial.

“The police may have their view of the evidence. We have our view and we’re conducting our own investigation.”