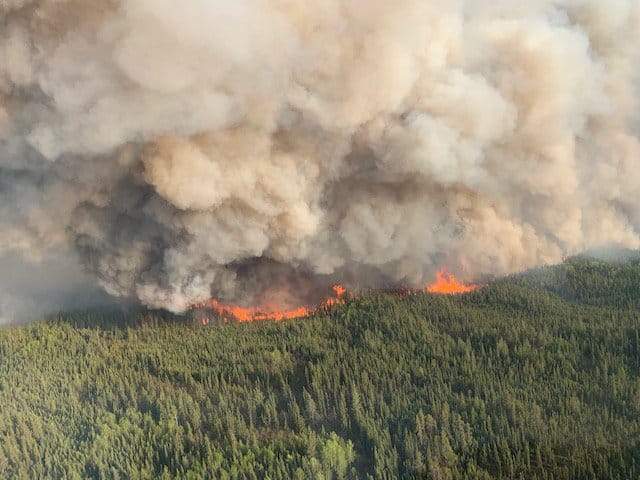 The Red Lake Wildfires have burned over 4000 hectares of land. (Facebook)

On June 2, the small northwestern Ontario community was evacuated when the area was overcome with smoke from the Red Lake wildfires. More than 420 residents from Pikangikum First Nation have been staying in Winnipeg.

Today, two flights will return 90 people to the community. The other residents will follow throughout the week. Pikangikum First Nation is 360 km northeast of Winnipeg.

The Canadian Red Cross has been assisting the residents during their stay in Winnipeg with lodging, food, and emotional support.