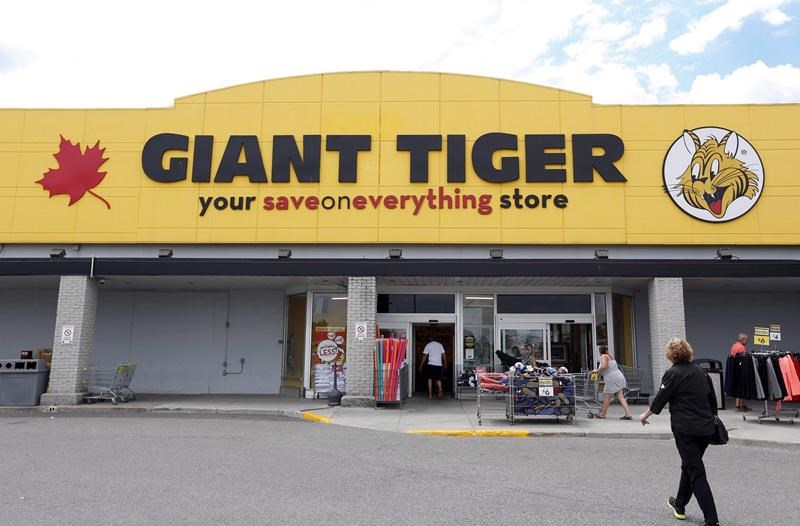 A newly-renovated Giant Tiger store is shown in Ottawa on Thursday, August 4, 2016. Retailer The North West Company Inc. says its net earnings rose in the last quarter despite disappointing results from its Giant Tiger outlets after an insurance payout. (THE CANADIAN PRESS/Fred Chartrand)

The company, focused around its 117 Northern-branded stores in remote communities, says first-quarter earnings were up 41.7 per cent to $26.2 million compared with the same quarter last year.

Net earnings attributable to shareholders for the quarter ending April 30 came in at $25.1 million, or 51 cents per share, compared with 36 cents per share last year.

The Winnipeg-based company says earnings were boosted by an $8.4 million after-tax insurance payout related to hurricane Irma, as well as strong performance for its remote stores that saw same-store sales rise 4.6 per cent.

It says performance from its 44 Giant Tiger discount stores, however, was “very disappointing” due to margin pressures in food and seasonal general merchandise.

The North West Co., which also has stores in Alaska, the Caribbean and South Pacific, says first quarter consolidated sales were up 6.2 per cent to $494.5 million.