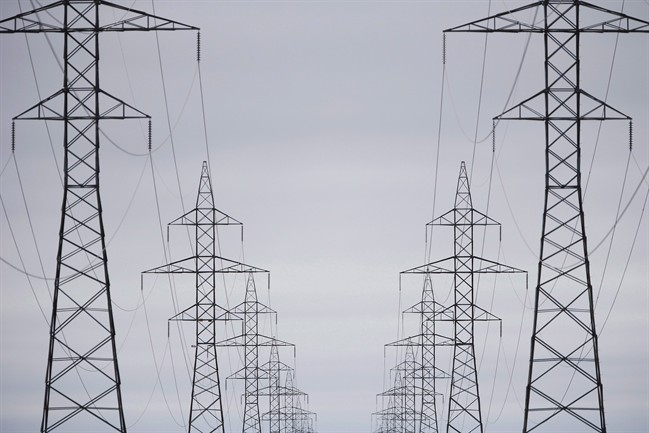 WINNIPEG — The Manitoba Metis Federation president says it’s time for the premier to sit down at the negotiating table after the federal government approved a proposed $453-million Manitoba-Minnesota power transmission project.

“The green light is there, my olive branch is there, let’s sit down at the table and come to terms,” David Chartrand said on Friday.

The 213-kilometre, 500-kilovolt line would stretch from a point northwest of Winnipeg and cross the Canada-United States border near the small Manitoba community of Piney.

Natural Resources Canada said the project is subject to 64 Manitoba licence conditions and another 28 from the National Energy Board to ensure construction safety, environmental protection and ongoing engagement with Indigenous groups.

The federal department also said the government has ordered the board to amend five project conditions in order to respond to concerns raised by Indigenous groups during the consultation process. Manitoba Hydro spokesman Bruce Owen said the Crown corporation will receive more details on the amendments in the coming weeks.

“We have to now begin to meet those conditions before we can begin construction,” said Owen.

As well, a terrestrial and cultural studies initiative will be created to support Indigenous-led studies on issues related to the project.

The initial goal was to have the project completed by June 2020, Owen said, but the construction schedule will depend on weather and Manitoba Hydro meeting the conditions.

Premier Brian Pallister has clashed with the Manitoba Metis Federation over Manitoba Hydro projects. Last year, he quashed a 50-year deal worth $67 million that had been negotiated between the federation and the Crown corporation to help support the transmission line to Minnesota.

The premier called it “persuasion money” to a special interest group.

In response, nine of 10 Hydro board members resigned, saying that Pallister had refused to meet with them to discuss important issues, including Indigenous rights. The federation filed for a judicial review, which will be heard by the courts in September, seeking to overturn the decision.

Chartrand said he has spoken with the new president of the Hydro board and is optimistic that the Crown will uphold its commitment to Metis people. He added that he hopes Pallister will see that it’s better for all Manitobans if they don’t end up back before the courts.

“There’s a pathway forward and a right way to do it,” he said.

Federal Natural Resources Minister Amarjeet Sohi said in a statement that the line will achieve the goals of enhancing the competitiveness of Canada’s electricity market and creating good jobs.

“Canadians understand that a clean, modern, and resilient electricity network helps fight climate change and transition to a lower carbon economy,” he said.