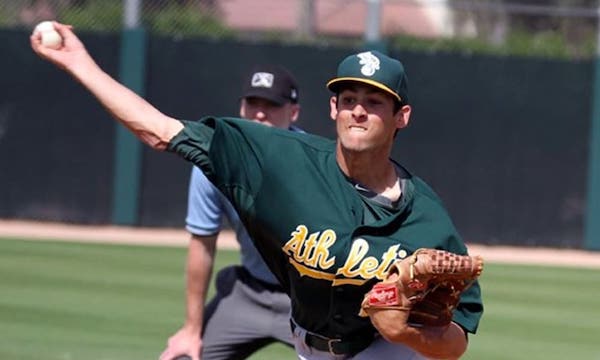 The Winnipeg Goldeyes have signed right-handed pitcher Joel Seddon to the roster.

The Michigan native was a Double-A Texas League All-Star in 2018 while pitching for the Midland RockHounds (Oakland Athletics). He was 9-7 in 17 starts and 11 relief appearances, while finishing eighth in the Texas League with a 4.81 ERA.

Seddon is in his sixth season of professional baseball, and is 32-32 lifetime with three saves and a 4.57 ERA in 153 games, 67 of them as a starting pitcher.

The 26-year-old right-hander has walked just seven percent of his 2,230 career batters faced (2.9 walks per nine innings), and has held the opposition to a .227 average with two outs and runners in scoring position (198 at bats).

— With files from the Winnipeg Goldeyes