Thief Tunnels Through Wall of Transcona Butcher Shop, Makes Off with Sausages 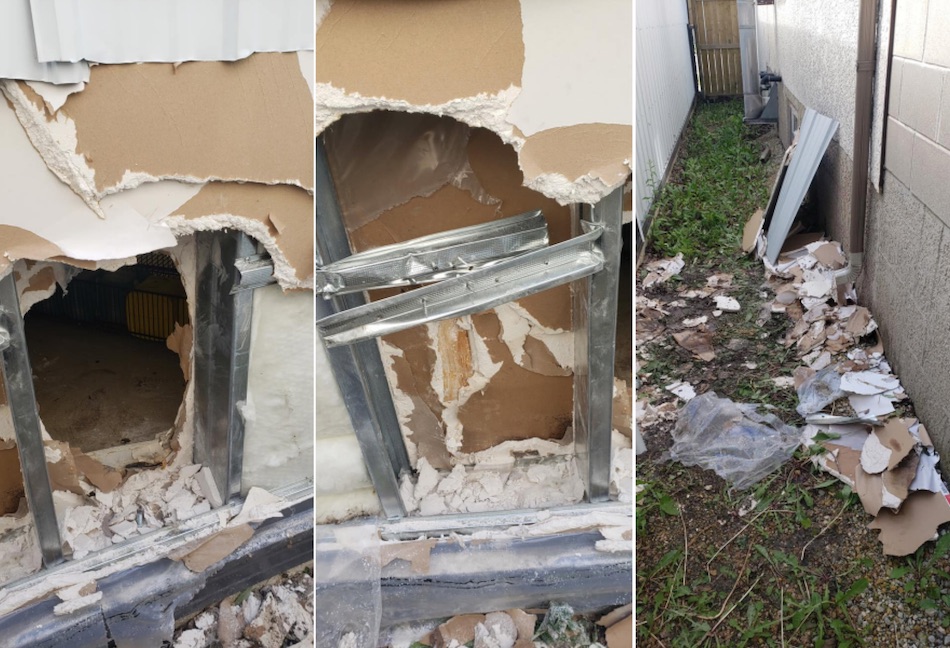 The damage after EastEnd Meats had their wall tunnelled in and items stolen on Monday. (FACEBOOK) 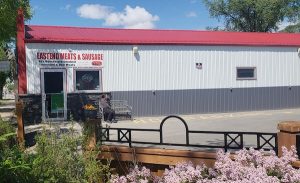 A Transcona butcher shop was the target for one hungry thief on Monday, who dug a hole into the wall to pilfer some sausages.

EastEnd Meats & Sausage says they were hit by someone who tunnelled their way in and made off with cash, food and a 13-inch butcher knife.

The suspect entered through the store’s bathroom after puncturing the siding outside and eventually, the store’s interior drywall.