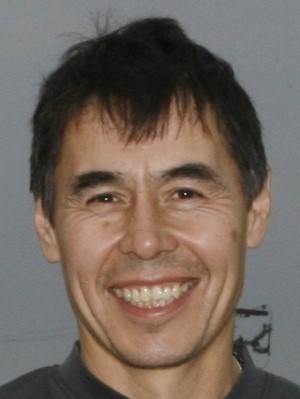 Tom Gardipy Jr. is back on top.

Of course, no one is surprised. After all, Gardipy Jr. has already been champion trainer five-times at Assiniboia Downs, so people around the track are accustomed to seeing his name at the top of the trainer’s standings.

This past weekend, the 59-year-old veteran of Manitoba’s thoroughbred barns won five races — four of them on Sunday afternoon — and passed Juan Pablo Silva in the race for first in this year’s jockey standings.

Gardipy Jr. entered the three-day Father’s Day weekend in second place, trailing Silva by one win. Silva won a race on Friday night while Gardipy Jr. won one on Saturday — a $14,400 Allowance won by longshot Delvecchio who paid $12.80 to win. Then, on Sunday afternoon, Gardipy Jr.’s horses won four of the seven races ion the card. Penny Sharp won Race 1, Warbridge won Race 2, Trabacious took Race 4 and Astartobe won Race 5. Jockey Richard Mairs rode every one of Gardipy Jr’s winners and he, himself, moved into first place in the jockey standings.

Of course, winning horse races and winning awards, aren’t new things for Gardipy Jr. In 2001 and 2002, he was the trainer of the year at Saskatoon’s Marquis Downs and in 2003, the Federation of Saskatchewan Indian Nations named him a member of its Circle of Honour.

But that’s not what drives this slight, quiet, dedicated horseman.

“Hey, anybody can win a horse race,” he says with a laugh.

What drives him is family.

Tom Gardipy Jr. grew up in a barn on the Beardy’s & Okemasis First Nation near Duck Lake, Sask. He learned his thoroughbred craft at the foot of his father with a pitchfork in his hand.

“You didn’t stand around the barn doing nothing,” Gardipy Jr. once told me. “If you were just standing around, dad would throw you a pitchfork. I always made it a point to be busy. Or, at least, look busy.”

Gardipy Jr. listened closely to his father, followed the advice he was given and started riding the horses himself. Early in his life, he wanted desperately to be a jockey, but like so many trainers who started out riding, “I got too tall.”

Although disappointed as a jock, there was no doubt he was going to wind up in the equine business. He got his trainer’s license at age 17 and then got his start in what Gardipy Jr. calls, “the Saskatchewan bushes.”

Now, after nearly 45 years in the game, he’s become one of the most respected trainers in the Canadian west.

“If I could use one word to describe Tom Gardipy Jr., it would be ‘professional’,” said Assiniboia Downs’ CEO, Darren Dunn. “He takes a lot of pride in the care of his barn and his horses.

“There is not one person on the grounds who doesn’t have a high level of respect for him.”

It’s a respect earned by victories and modesty. Some just call him quiet and shy. Those who know him well, however, call him humble.

“He knows horses, but he also knows people,” said Dunn. “He doesn’t brag, he doesn’t boast. He goes about his business in a professional manner. And he works harder than just about anybody else.”

Don’t forget, there is Wednesday live racing this week. First post on Wednesday, June 19, is 7:30 p.m. And of course, there is live racing on Friday and Saturday night. Post parades on both nights go at 7:15 p.m.