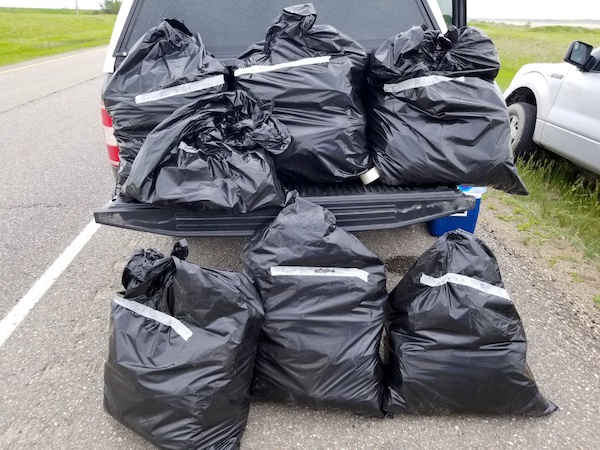 Two Ontario men have been charged after RCMP seized 60 kilograms of cannabis east of Brandon on June 14.

Police conducted a traffic stop at around 4:40 p.m. on Highway 1 in the RM of Cornwallis, where they came across the haul.

Douglas Durham, 39, and Richard King, 60, both from Windsor, Ontario, have been charged with several drug-related offences. They will appear in Brandon court on August 8.

“While recreational cannabis is legal, this seizure shows that there is still illicit cannabis in our communities and police will continue to enforce this,” said S/Sgt. Kyle McFadyen of “D” Division Traffic Services.

“The only way to know your cannabis is safe is to purchase cannabis through approved distributors as outlined in the federal Cannabis Act and the provincial Liquor, Gaming and Cannabis Control Act.”