A five-year-old girl has died from her injuries in a two-vehicle south Winnipeg crash on Wednesday.

The head-on crash happened at around 1:40 p.m. on Dalhousie Drive just east of Pembina Highway.

Police say three children were in a vehicle travelling westbound when it collided with an eastbound vehicle.

All three children were taken to hospital, where a one-year-old and four-year-old were listed in stable condition. The five-year-old was listed in critical and succumbed to her injuries.

The child was a kindergarten student at Ryerson School, according to the Pembina Trails School Division. 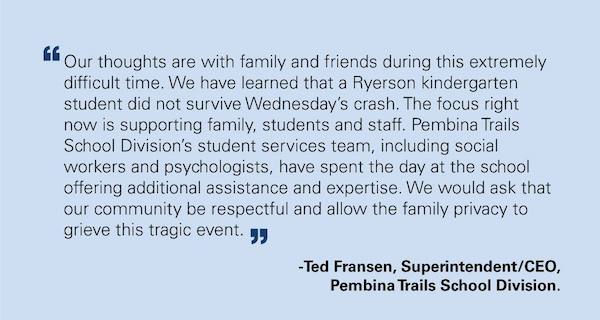