Home » The Canadian Press » As Parliament Rises, Which Bills Made it Through — and Which Ones Didn’t

As Parliament Rises, Which Bills Made it Through — and Which Ones Didn’t

By Christian Paas-Lang, The Canadian Press 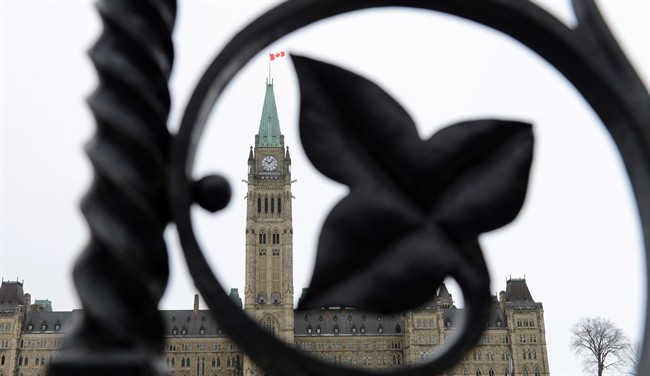 OTTAWA — The House of Commons and Senate have risen for the summer, following several weeks of frenzied legislating as MPs hurried key pieces of legislation out the door ahead of an election this fall.

The House’s efforts translated into a late night for senators, who stayed in the upper chamber Thursday until 11 p.m. to pass numerous pieces of legislation.

The end of the parliamentary session means other potential laws that are stuck in earlier stages of the process may end up dying with this fall’s election call — unless they are taken up in a possible special summer session centred on ratification of the new North American free trade deal.

Here are some of the high-profile bills that reached final votes after the beginning of last week and will be some of the 20 pieces of legislation receiving royal assent Friday afternoon:

Bill C-48, a much-debated bill that would ban oil tankers from a portion of the British Columbia coast. Its journey through parliament has been marked by a committee report that recommended it not pass, the defeat of that report and the House’s rejection of some Senate amendments. Following the adjournment of the House and much debate, the Senate chose not to pursue further changes and passed it Thursday evening by a margin of just three votes.

Bill C-69, also fiercely criticized by the Conservatives, is the second of the government’s two major environmental bills, and would create a new environmental-impact assessment process for major projects in Canada. The House rejected a majority of the Senate’s amendments. It passed through the Senate Thursday with a margin significantly wider than C-48.

Bill C-93, which will allow expedited pardons for Canadians who were convicted of simple possession of cannabis before legalization came into effect. The bill passed in the Senate Wednesday, without amendment.

Bill C-83, which changes the rules on solitary confinement in Canadian prisons. The House rejected several key amendments proposed by the Senate, which some have said are needed to make the bill constitutional. The bill passed the Senate Thursday night with significant support from Conservative senators.

Bill C-59, a bill to establish a national-security review agency, create an “intelligence commissioner” to oversee the conduct of Canada’s spy agencies, and clarify the mandate and powers of the Communications Security Establishment (the government cybersecurity agency). The bill was amended by the Senate but several of those changes were rejected by the House, and the Senate voted Tuesday not to insist on its recommendations.

Bills C-91, a bill that will create a commissioner for Indigenous languages and take other steps to save and revitalize those languages. The Senate voted Thursday, after the House had adjourned, to decline to insist on its amendments, finalizing the bill. Bill C-92, clarifying the jurisdiction of Indigenous people over family and child services in their communities, also passed through the Senate Thursday.

Bill C-75, which will “hybridize” a series of offences so that they can now be prosecuted as either indictable or less-serious summary charges, and establish peremptory challenges of jurors. The bill was passed through the Senate with amendments, the House chose not to accept several of those, and the Senate Thursday decided not to insist on the remaining changes.

Bill C-97, a sprawling budget-implementation bill which includes changes to Canada’s refugee system, support for news journalism, and introduces the Canada Training Credit. The bill was the last to be shuffled through the Senate Thursday night, passing without amendment.

Some significant bills had not made it through by the time the two chambers rose for the summer. They include:

Bill C-98, which gives a review commission powers to review the Canada Border Services Agency, was accelerated through the House Wednesday, when it was read a third time and passed in one swift motion. It remains at first reading in the Senate.

Bill C-262, a private member’s bill from NDP MP Romeo Saganash that would ensure federal laws are brought in line with the United Nations Declaration on the Rights of Indigenous Peoples. The government’s representative in the Senate, Peter Harder, announced Wednesday he did not see a path forward for the bill in the Senate and that the Trudeau government would campaign on fulfilling the intent of the bill.

Bill C-337, a private member’s bill from former Conservative MP Rona Ambrose — which continued through the legislative process after Ambrose resigned her seat — that would require judges to take extra training in sexual-assault law. It stalled before third reading in the Senate. All the major parties have promised to reintroduce it as government legislation if they win the fall election.

Bill S-228, which originated with now-retired senator Nancy Greene Raine, would restrict the marketing of food and drinks to children in an effort to combat childhood obesity. It’s within inches of the finish line, just needing the Senate to agree to amendments made in the House of Commons.

And then there’s the one bill that could affect all the others:

Bill C-100, the government’s bill to ratify the new NAFTA agreement among Canada, the United States and Mexico. It has been referred to committee in the House, but might move quickly through Parliament before the election should the United States complete its own ratification of the deal in Congress. If Parliament returns for that bill, the Commons and the Senate could also take up others at the same time.