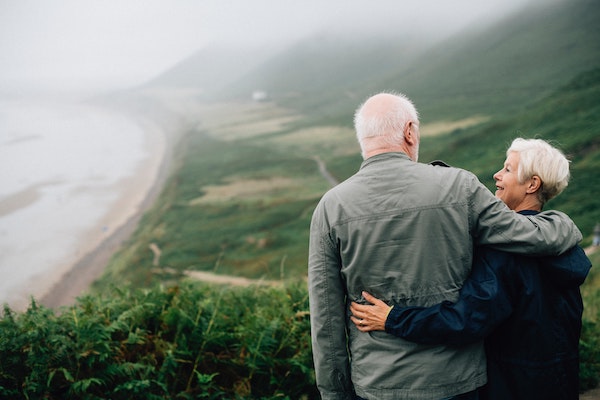 A new national survey suggests Canadians are happier after age 55 and when they earn a higher income, but also indicates most don’t consider money as a key factor affecting their happiness.

The Happiness Index compiled by Leger, asked Canadians across the country to rate their level of happiness on a scale of one to 10 and note which factors they believe influence their happiness the most.

The online survey, conducted between June 11 and 17, found about half of respondents ranked their happiness as at least eight out of 10, with almost no difference between rural and urban areas.

Slightly more participants reported a high level of happiness in the East Coast and Quebec — 56 and 55 per cent respectively — with British Columbia coming in third at 52 per cent.

Ontario participants were at the bottom of the list, with only 47 per cent reporting a high level of happiness.

High happiness scores remained steady at 44 per cent for participants between the ages of 18 and 54, but spiked to 61 per cent after age 55.

Participants with higher incomes were also more likely to have a high happiness score.

Yet only eight per cent said the state of their finances was a key driver of their happiness, on par with satisfaction with romantic relationships, the study indicates.

The factors participants deemed most influential on happiness were a sense of freedom and the belief they were living the life they had imagined for themselves, with 24 and 19 per cent of respondents identifying those as key.

Between five and seven per cent highlighted recognition from peers and family, health, how worried they are about the future and the courteousness of others as main factors affecting their happiness.

“Maybe making more money means that you can do more things (and) that allows you to feel happy,” but money itself is not what people believe makes them happy, said Dave Scholz, Leger’s president of communications.

“If you take away those first two — sense of freedom and living the life you’ve always dreamed — the next six are really all tied,” and close together in importance, he said.

Overall, there is a greater focus on happiness now, particularly in the workplace, a shift that appears largely driven by millennials, the first generation to come of age in this millennium, Scholz said.

“Millennials are asking for more, and part of being happy is being happy with what you have,” he said. “But 55 and over is happiest because they’re in the place they want to be — retired.”

“One of the things that sets Quebec apart is their joie de vivre, their joy of life — that’s actually a well documented and discussed topic of what makes Quebecers different than the rest of us,” he said. “They’re more in the moment.”

The East Coast is similar, he said.

“It’s enjoy your family, enjoy the life you have, and enjoy the space you’re in now,” he said. “You move into Ontario, that had one of the lowest scores, we tend to be looking over our shoulder sometimes and maybe looking too far ahead sometimes.”

“Especially in our current rental and buying environment, if you’re already owning where you’re at, you’re in pretty good shape,” Scholz said.

The online survey polled 2,504 Canadians, though the sample was increased to 3,540 for the question involving rating their happiness — and all related demographic questions — to ensure a baseline number from each province participated.

Polling industry experts say online surveys cannot be assigned a margin of error because they do not generate a random sample of the population.