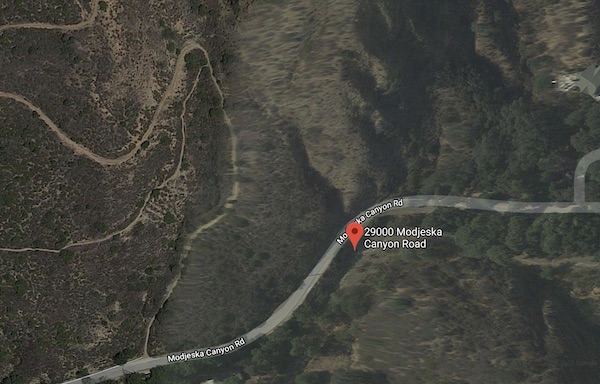 The 29000 block of Modjeska Canyon Road in Silverado, California where a Winnipeg man fatally fell from a cliff on Saturday. (GOOGLE MAPS)

A Winnipeg man has been identified as the victim of a fatal fall off a California cliff.

The Orange County Register reports Charles Low, 34, fell off the 30-foot cliff Saturday morning and was found in Modjeska Canyon in Silverado, California.

According to the Register, helicopters were initially dispatched to the area of the 29000 block of Modjeska Canyon Road, but low cloud cover prevented them from continuing the search. Ground units later discovered Low’s body.

The Orange County Sheriff’s Department is investigating and say it’s unclear what led to the fall.

An autopsy was scheduled for Monday.