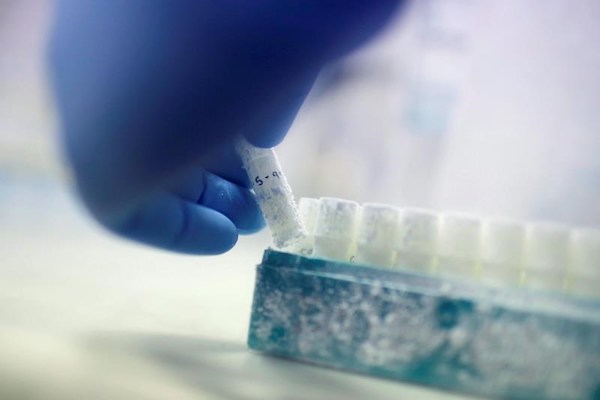 TORONTO — Ontario’s medical regulator has revoked the licence of an Ottawa fertility doctor who used his own sperm as well as that of the wrong donors to artificially inseminate several women over three decades.

The discipline committee for the College of Physicians and Surgeons of Ontario had ruled earlier today that Dr. Bernard Norman Barwin committed professional misconduct and failed to maintain the standards of the profession.

Lawyers for the college had then asked the committee to revoke Barwin’s licence, saying it was the only appropriate penalty for such a shocking abuse of trust.

The committee revoked Barwin’s licence this afternoon, which means other medical regulators would be alerted should he apply to practise medicine elsewhere.

An uncontested statement of facts read before the committee laid out the cases of more than a dozen patients who say they suffered irreparable harm as a result of Barwin’s actions.

Barwin, 80, who did not attend the hearing, pleaded no contest to the allegations through his lawyer.

A lawyer for the regulator had told the discipline committee Barwin’s actions traumatized entire families and left them forever altered.

“There is no precedent for the case you have before you at this college,” Carolyn Silver said.

“Dr. Barwin’s patients and their families were the unsuspecting victims of his incomprehensible deception,” which saw him contradict their specific instructions without their knowledge or consent, she said.

Some patients discovered their children were half-siblings, even though they had requested the same donor be used for both, the statement of facts in the case said. Several men learned the children they had raised were not biologically theirs.

Rebecca Dixon, who waived a publication ban protecting her identity, said she discovered three years ago that Barwin — and not the man who raised her — was her biological father.

“In that moment, my life changed forever,” she told the committee, adding she felt her entire identity was thrown into question.

The news made her feel ashamed and “contaminated,” and strained her family, she said. Even now, Dixon said she continues to scan the crowds in Ottawa, looking for people who look like her and who may be her half-siblings.

A woman who can only be identified as Patient M said she learned recently that her teenage daughter was conceived using an unknown donor’s sperm rather than her husband’s. She has not yet broken the news to her daughter, worried the shock would be debilitating at such a “fragile” age, she said.

Patient M said Barwin went out of his way during the procedure to show her the vial of sperm with her husband’s name on it, knowing it contained material from another man.

“I still felt so violated, I felt dirty, almost as if I’d been raped,” she told the committee.

According to the statement of facts, an expert retained by the college to review Barwin’s case found it was unlikely the doctor’s use of his own sperm was accidental.

Barwin’s explanation that contamination must have occurred when he used his own sperm to calibrate a sperm counter is neither plausible nor believable, the expert said in the statement.

“This is a tragic situation in which a sea of avoidable harm was done,” the expert said.

Barwin had previously been disciplined for artificially inseminating several women with the wrong sperm, admitting to professional misconduct when he appeared before committee in 2013. At the time, Barwin said errors in his practice had left three patients with children whose biological fathers were not the ones they intended.

The committee then suspended him from practising medicine for two months, but Barwin gave up his licence the following year.

There was no evidence in that case that Barwin was the biological father of any of his patients’ children, said Silver, the college’s lawyer. Barwin intentionally concealed what he was doing, she said.

Tuesday’s hearing dealt with fresh allegations against Barwin of incompetence, failing to maintain the standard of practice of the profession and of engaging in dishonourable or unprofessional conduct.

He is also facing a proposed class-action lawsuit launched by several of his patients. The lawsuit alleges more than 50 children were conceived after their mothers were inseminated with the wrong sperm, including 11 with Barwin’s.