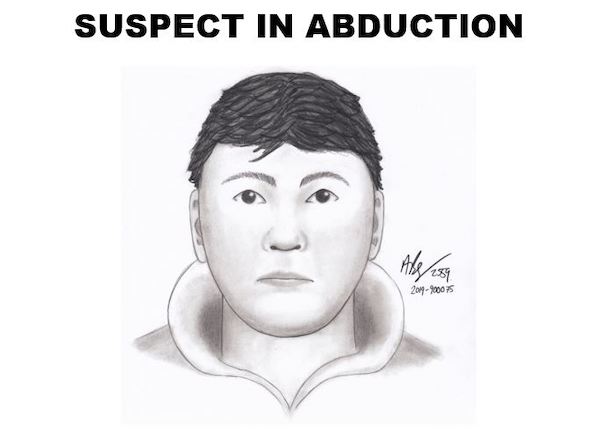 RCMP have released a sketch of a man wanted in connection to the abduction of a 16-year-old girl on June 23. (RCMP HANDOUT)

Manitoba RCMP have released a composite sketch of a suspect believed to be responsible for the abduction of a 16-year-old girl on June 23.

The teen was walking her dog along Road 30 North when a man stopped to ask if she wanted a ride. When the girl refused, she was forced into a pickup truck and driven away. She eventually was able to escape when the vehicle slowed down at a dead-end on Road 45 North, about four kilometres east of Landmark.

The suspect is described as between 18 and 22 years of age, clean-cut, approximately 5’8″ with a medium build, light-brown complexion, thick and wavy black hair, and a round face.

He was wearing a blue hooded sweater with yellow flame writing on the front. He was wearing swim-like shorts with a blue-to-green-to-blue pattern. He might have been wearing sandals.

The pickup truck is described as an older model, four-door, matte black vehicle, with a tinted rear window. The vehicle does not have running boards or steps.