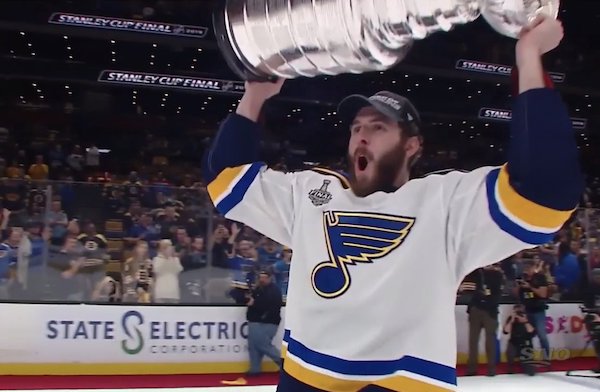 Brandon-born NHL defenceman Joel Edmundson is bringing the Stanley Cup back to his hometown after winning it with the St. Louis Blues this past season.

Edmundson will accompany the Cup during a celebration at the Keystone Centre on Monday, July 8.

“I’m excited to bring the Stanley Cup to the city to say ‘Thank you’ to those that helped me along the way and to show people that dreams do come true,” Edmundson said in a release.

The public is invited to attend a celebration in the UCT Pavilion from 1-5 p.m. Photos will be available on a first-come, first-served basis. A BBQ is also planned and there will be food and beverages available for purchase on-site.

Edmundson last played in Brandon as a member of the AAA Midget Wheat Kings.