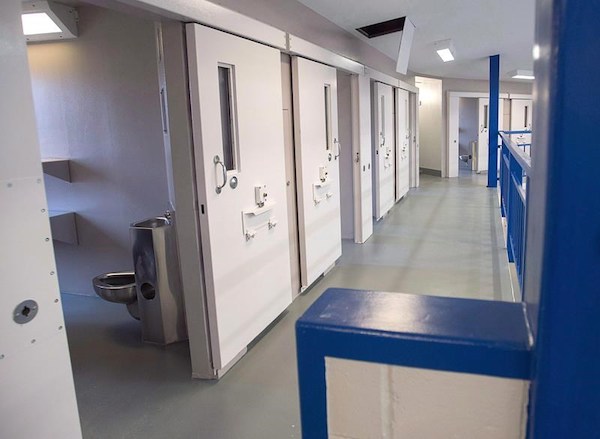 BRANDON, Man. — A mother in Manitoba has been sentenced to eight years in prison for throwing her baby boy to the ground and causing his death.

“This was not a child being shaken, but a child being thrown to the floor and struck in the head multiple times,” Justice Scott Abel told Jessica Melissa Brandon, 39, during a sentencing hearing Thursday.

Draze Brandon-Catcheway was from the Waywayseecappo First Nation. He was 28-months old when he was found unresponsive at his home in January 2015. He never regained consciousness.

An autopsy found the child died from an acute blunt-force head injury.

The Crown asked for a 10-year sentence, while the defence wanted seven years.

“It’s been a very difficult process for her and her family and now she knows what she needs to do in order to get her life back on track,” her lawyer, Norm Sims, said on Friday.

Court heard how Brandon, a mother of eight, had struggled with alcohol for most of her life. She had been sober for about two months when a child-welfare agency returned the children to her care.

“The accused says she realized she was not ready for her children to return home all at once,” the judge said.

Court was told that Brandon was struggling with the transition and, on the night of the boy’s death, had taken five shots of hard liquor, an anti-anxiety drug and a sleep aid before passing out.

She woke up to find Draze jumping around and refusing to listen to her. She grabbed the boy and threw him to the floor.

Court heard Brandon doesn’t remember much about what happened next, but she concedes she struck the child multiple times in the head.

An officer with the Dakota Ojibwa Police Service was called to the family’s home about 2:30 a.m. and found Draze on the couch. The child was limp, unresponsive and gurgling sounds were coming from his throat.

He was brought to hospital but died the same day.

Brandon at first told police that her son rolled off the couch while she was changing his diaper. She later said Draze was jumping on the bed and hit his head.

A medical examiner found that neither story was consistent with the child’s injuries.

The child-welfare agency involved with the family did not submit information for her pre-sentence report. But Brandon said she made numerous requests for a respite worker to help her with the children.

The judge said he had to consider in his sentence the impact of the agency’s involvement — or lack thereof.

Sims said the agency’s refusal to co-operate or disclose information meant the court was unable to see the full picture. The lawyer said he would be talking with his client about writing a letter to Families Minister Heather Stefanson about the situation.

Brandon’s other children were taken back into care after Draze’s death. A victim impact statement submitted in court from his foster mother explained how the boy’s siblings are struggling with their brother’s death.

While Brandon has expressed she wants to be a good mother and will get help, she has shown limited remorse, Abel said.

“The accused threw Draze onto the floor such that Draze immediately became unresponsive,” the judge said.

“Add to that conduct that the accused struck Draze multiple times in the head area.”