Home » Sports » Silva Back on Top at Assiniboia Downs

Silva Back on Top at Assiniboia Downs 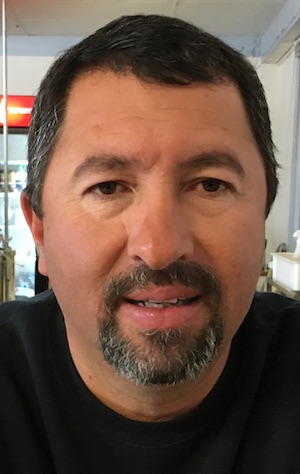 Last year, Juan Pablo Silva said with authority that he wanted to win the trainer’s title at Assiniboia Downs. However, his goal hit the skids when a number of his top horses were claimed and he was passed in the standings by Jerry Gourneau.

This year, however, the 43-year-old thoroughbred-racing lifer from Tijuana, Mexico via San Francisco’s Golden Gate Fields, has seen to it that he’ll have no shortage of competitive horses in his barn.

“Everything is going pretty good,” he said after picking up a pair of wins on Friday night to regain the lead in the Downs’ trainers’ standings. “I just got back from Canterbury (in Shakopee, Minn.) and picked up a number of horses from my brother. I also went out and got a nice little three-year-old in Arizona to run in Stakes;’ races. All the horses are running pretty good and we’ve also been lucky.”

Friday night at the Downs, the veteran trainer who grew up working for his father at Golden Gate, won Race 2 with Have a Nice Day ($3.60) and then won Race 3 with Sizzling Eddie, a semi-longshot that paid $8.80. On Saturday, he added his third win of the weekend with Hot Rodin ($2.20), the winningest horse in North America last year and a horse that he, himself, claimed from Larry Ciske last year. Hot Rodin, Manitoba’s Claimer of the Year in 2018, was ridden to victory by Alex Cruz and paid a meagre $2.20, $2.10 and $2.10. The six-year-old gelding won 10 races last year, the most by any horse in North America, and has now had two firsts and two seconds in four starts this year.
“Hot Rodin is a really cool horse to be around,” Silva said. “He’s classy. He doesn’t bite. He doesn’t kick. He’s very smart.”

Meanwhile, Silva’s pal Alex Cruz rode two of the trainers’ three wins last weekend and has now opened up a nine-win lead over Richard Mairs in the jockey race.

“Alex really helps a lot,” said Silva. “He gets up early and works really hard all day. He’s a professional. We have a very good barn.”

It’s a barn that now includes wife Yesenia; sons Juan Pablo Jr., 13, and Miguel, 9; and daughters Melissa, 16, and Miranda, 18. Of course, that shouldn’t be surprising when one considers that this is a man who has done little else but train horses in his life. In fact, he left school at age 13 and went to work in his father, Jose’s barn. He’s had his trainers’ license since 1997, when he was 19.

“He taught me the business and taught how to work,” said Silva. “He taught me responsibility and he taught me how to be successful on my own.”
And make no mistake, he loves racing in Winnipeg. In fact, when he convinced the veteran jock Cruz to leave the U.S. and join him at the Downs this summer, Cruz had some reservations. However, he trusted his friend and together with the barn, they have created a formidable team in a place they both enjoy.

“Canada is the best,” Silva said. “I’ve been to a lot of different racetracks and they never treat people as good as they do here in Winnipeg. Here, everybody is a good horseman and they all take care of each other like family. For me, it really feels like home.”