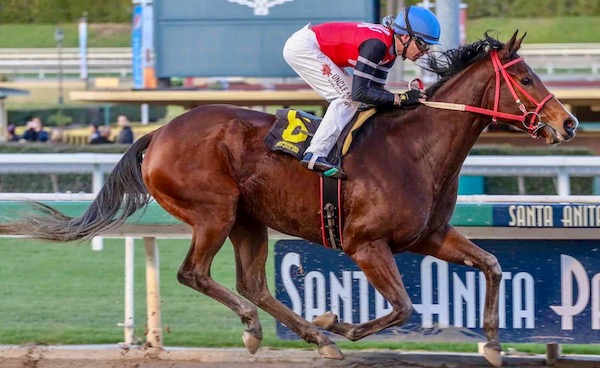 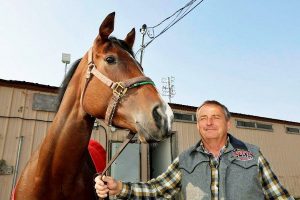 And the five-year-old Bay Mare, a daughter of Going Commando, ridden by Tyler Baze and trained by Don Schnell, will race against a very familiar opponent — the Kentucky-bred Elate trained by Hall of Famer William Mott and ridden by superstar jockey Jose Ortiz. Elate is the 7-5 pre-race favourite in the 82nd running of the Delaware Handicap and was the winner last year. She’s not only trying to go back-to-back but also give Mott his fourth career Delaware Handicap win.

Elate won the Fleur de Lis Stakes at Churchill Downs on June 15. She finished third at the Apple Blossom Stakes on April 14, behind Midnight Bisou and Escape Clause. The Argentinian bred that finished second in the Fleur de Lis, Blue Prize with jockey Joe Bravo in the irons, is the second favourite on Saturday at 7-2. Then comes Don Schnell, Barry Arnason and True North’s Escape Clause.

Escape Clause has a career record of 20 wins, four seconds and three thirds from 32 starts with earnings of $691,500. She broke her maiden at Assiniboia Downs in Winnipeg in 2016, completely dominated the Downs for two years and then went west to Turf Paradise in Phoenix. From there, she recorded two wins, a second and a third from six starts while racing at Del Mar, Santa Anita and Sunland.

“In the fall of her 4-year-old season she started getting really good which was when we decided to take her to California to try some turf stakes,” Schnell told the Paulick Report this week. “We tried her on the turf at Del Mar and Santa Anita and she ran very respectably. While I still believe she is better on the turf, we decided to go back to the dirt with her. We went to Oaklawn for the Apple Blossom and she ran her eyeballs out there and almost won getting beat by a really nice horse in Midnight Bisou, but I think all the travelling kind of caught up with her in the Ogden Phipps at Belmont Park.

“Between going from Canada to Phoenix, to Minnesota, to southern California, back to Phoenix, to Hot Springs then to New York and also having to negotiate some rough roads, it was too much.”

“She is so much better now though after being at Delaware for more than a month and I think she is going to run much better this Saturday,” Schnell told the Paulick Report. “We have shipped to more than ten different racetracks, and while she has run well at all of them, I hope being here for a month in advance will finally give us a little bit of a home-field advantage. It seems like she loves the track. She has had two works at Delaware Park and she worked very well both times.”

The Delaware Handicap, with nine fillies and mares going to post, is slated to start at 4:25 p.m. CDT and you can watch and wager on the race at Assiniboia Downs.

Meanwhile, there are also three major live stakes races at the Downs this weekend. On Friday night, it’s the $30,000 Jack Hardy Stakes for three-year-old fillies, a prep-race for the 2019 Manitoba Oaks that features the brilliant Hidden Grace, another Going Commando daughter that is a 4-5 morning line favourite ridden by Renaldo Cumberbatch and trained by Mike Nault.

On Saturday night, it’s the $30,000 RC Anderson Stakes for three-year-old Manitoba fillies — and yes, Hidden Grace is entered in this race, too, although it’s unlikely she’ll run. If she does go to post, she’ll go off as a 2-5 morning-line favourite.

And don’t forget, if Escape Clause wins at Delaware Park on Saturday afternoon, Crazy Hour will begin immediately in the clubhouse. That means big discounts on appetizers and drinks.

There are also Poker and VLT tournaments after live racing this weekend. The first post on Friday and Saturday night is 7:30 p.m.