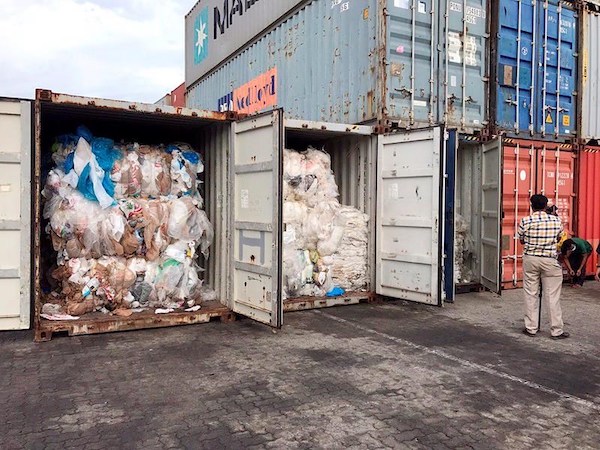 OTTAWA — The Canadian government has asked officials in Cambodia for more information about 11 containers of Canadian garbage the southeast Asian country’s environment ministry says ended up there illegally.

Cambodia does not allow imports of any kind of waste, including plastics for recycling.

Yet 83 shipping containers of plastic garbage were discovered in the main Cambodian port of Sihanoukville, with what Cambodian media reports say were fake import documents labelling the containers as recyclables.

The discovery comes less than two weeks after 69 containers of Canadian plastic garbage was returned to Vancouver after having been illegally shipped to the Philippines almost six years ago.

The Cambodia containers arrived in a number of different shipments starting last October and were uncovered during a Cambodian campaign to crackdown on illegal imports.

The country says 11 of the containers originated in Canada and the rest came from the United States.

“We are following this matter closely,” she said.

Jervis said the matter underscores why Canada is trying to reduce plastic waste. Last month the federal Liberals began the formal process to ban certain single-use plastics such as straws, takeout containers and cutlery. Canada and the provinces have agreed to work towards eliminating plastic from landfills as soon as 2040.

Unscrupulous garbage dealers popped up around Southeast Asia after China slammed its doors to most foreign plastic recyclables in January 2018, eliminating what had been the world’s largest market. Europe and North America were left struggling to find places to send their plastic recyclables and scam artists started offering to take the material for a fee, promising to recycle it but instead just illegally dumping it once it arrived.

Canada’s domestic recycling abilities are limited, with only about a dozen companies doing such work.

The garbage that languished in the Philippines for so long led to a breakdown in diplomatic relations between Canada and the Philippines that only ended after Canada finally agreed to pay to ship what was left of the garbage back to Vancouver. It arrived there June 30 and was burned at a waste-to-energy facility in Burnaby, B.C.

The federal Liberals amended Canadian regulations in 2016 to require permits to export plastic waste that other countries would deem hazardous. No such permits have been issued in the years since, however plastic garbage continues to show up on other countries’ shores.

Malaysia has also alleged Canada was responsible for at least one container filled with plastic garbage shipped to that country.

Australia, the United States, South Korea and the United Kingdom have also been accused of sending illegal garbage shipments to a number of Asian countries, including Indonesia and Vietnam.

Canadian officials have not explained how the garbage is leaving Canada without permits or what, if anything, can be done to halt the practice.

—With files from The Associated Press