CBSA Looks for Actors to Play Smugglers, Be Struck for Recruit Training Program 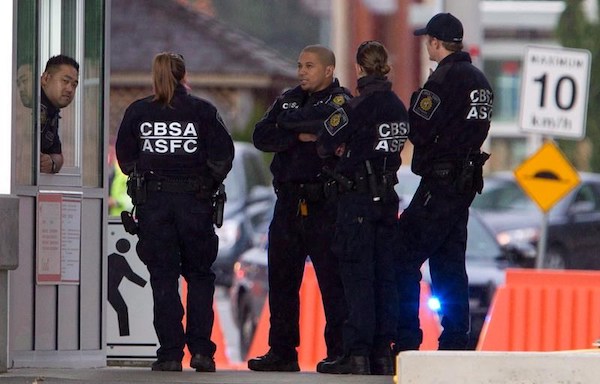 OTTAWA — The Canada Border Services Agency is looking once again for a handful of stunt actors to be thrown down, handcuffed, searched and beaten to help train new recruits.

The agency has posted bid documents online, looking for a company to supply actors for its training centre in Rigaud, Que., between Ottawa and Montreal.

The documents outline how the stunt actors will act out up to 15 situations a day, such as feigning nervousness while trying to smuggle drugs across the border in a car, to help the agency assess the skills of new border agents.

The people hired can expect to be handcuffed, thrown, held down using “pain compliance techniques,” and hit by trainees’ fists, feet or batons.

They also must avoid any personal relationships with the recruits or CBSA staff “in order to keep it at a professional level only.”

Bidding for the one-year contract closes in early September, but the documents don’t list an expected price.

The CBSA has yet to respond to questions posed to the agency this morning.

It’s the second time this year that the agency has gone out looking for a company to supply it with actors, and it appears that some of the feedback from that earlier work has been incorporated into the new contract offer.

For instance, the bidding company has to have at least 12 months experience over 10 years finding professional stunt actors, instead of the 36 months over five years after the CBSA was told the latter target would be difficult to hit.

The government’s procurement website doesn’t list a contract awarded for the last offer, which closed in early April.

The bid documents posted Monday say actors will need to know how to use a pistol, speak both official languages, and have completed the national firearms-safety course.

During simulations, they will have to wear their own clothes, along with safety gloves, forearm pads, knee pads and shin guards, among other safety gear provided by the winning company.

The goal is to have “professional stunt actors” on hand to “act out the scenario while taking into account the reactions of the persons being assessed,” the bid documents say.

“The actor must be able to recreate different behaviours while respecting the context established by CBSA instructors and being able to be physically restrained using the prescribed control and defence tactics related to the use-of-force continuum and CBSA policies.”

Border-agent recruits spend 18 weeks in training after completing up to 50 hours of online distance learning. They then work in various spots across the country as officer trainees.

More than 300 recruits are trained annually by the CBSA.