Exchange BIZ Bringing Back Concert Movies at the Cube 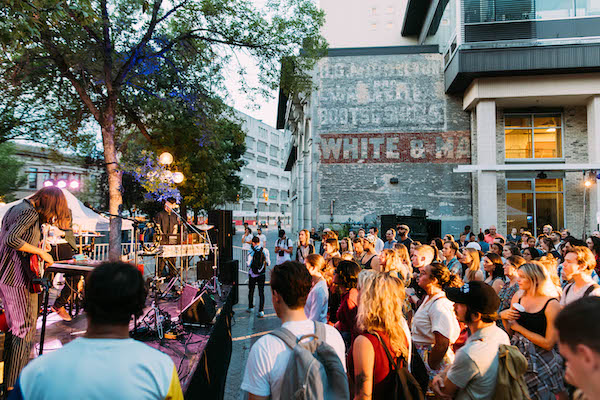 What became the talk of the summer in the Exchange District last year is making a comeback for 2019 with Concert Movies at the Cube.

Pairing classic concert films on the big screen with contemporary local musicians will have movie buffs and music lovers singing a sweet tune.

“Just like we’ve done with Alleyways in the Exchange, we wanted to take a good idea, give it an Exchange District twist, and make it something unique and really great,” says Exchange District BIZ executive director David Pensato.

Roman Clarke and Prince’s Sign O The Times will lead things off on August 2, with DJs Hunnicutt and Co-op spinning in between.

Admission is free and screenings are open to all ages. The party runs from 7:30 p.m. to midnight (with an after-party at Cordova).