Home » Sports » Deep Explorer Wins the Mile, the Derby’s on Its Way

Deep Explorer Wins the Mile, the Derby’s on Its Way 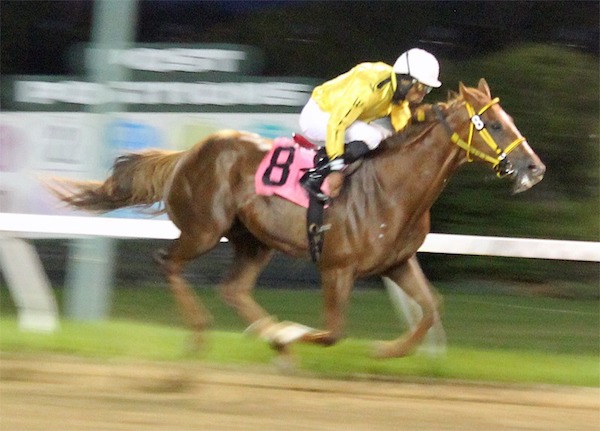 On August 5, less than two weeks from today, the $75,000 Manitoba Derby will go to post at Assiniboia Downs.

In the past, there had been plenty of local colts (and even fillies) that have looked like winners heading into the biggest race of the year. In fact, in 2017, Plentiful, which just finished second in the Manitoba Mile, was a local favourite and Derby champion, and in 2012, it was the magnificent local Balooga Bull who entered as a favourite and came out on top.

This year, however, it’s a wide-open field among the local challengers. There have been four different winners in the four Stakes races for three-year-old colts this season. Lifesbeengoodsofar with Tyrone Nelson aboard won the Royal Frolic Overnight Stakes on June 1. Ryder’s Quest won the Frank Arnason Sire Stakes that same night. The invader, Oil Money, owned by Charles Garvey, trained by Robertino Diodoro, won the Golden Boy Stakes on June 22, and then on July 13, in the unofficial Derby prep race, the Harry Jeffrey Stakes, the invader Senor Friday, once again owned by Garvey and trained by Diodoro was the winner. Lifesbeengoodsofar ran second in the Golden Boy and I probably the top local three-year-old headed toward the Derby.

Meanwhile, on the night Senor Friday won the Harry Jeffrey, the unbeaten filly Hidden Grace won the RC Anderson Stakes in a complete 12-length domination of the field. Although owner Barry Arnason says Hidden Grace is headed toward the Manitoba Oaks on Aug. 2, she’d be an interesting Derby entry.

We’ll know by Saturday morning: “Nominations close on Friday night and we’re all pretty excited around here,” said Downs CEO Darren Dunn. “After all, The Derby is our Super Bowl, our Stanley Cup finals.”
With the Derby closing in, there was a big race this past Saturday night as Deep Explorer won the 60th running of the $30,000 Manitoba Mile for older horses. Deep Explorer paid $10.00 to win, $4.000 to place and $2.60 to show. The veteran Downs favourite and former Manitoba Derby champion, Plentiful, trained by Murray Duncan and ridden by Tyrone Nelson, was second while another Henry S. Witt-owned gelding, Mr. N, was third. Jerry Gourneau trained both the first and third-place finishers. Chavion Chow was aboard the winner with groom Joe Russo Jr.

There are no Stakes races coming up this weekend, but there is one on Wednesday night as the Winnipeg Sun Stakes goes to post. The Sun Stakes is a $30,000 mile for older fillies and mares. The big pre-race favourite is Kentucky-bred Settle Down Eileen at 4-5. She’s ridden by Richard Mairs and trained by Juan Pablo Silva and has won five of her 12 starts this year. She’s already won the LaVerendrye Stakes and finished second in the Canada Day Stakes this summer.

She’ll get a test from ASD favourite, Tadaa at 6-5. Tadaa, another daughter of Going Commando (Escape Clause and Hidden Grace) who won the 2017 Manitoba Oaks, is ridden by Antonio Whitehall and trained by the legend, Gary Danelson. She’s been in a battle with Settle Down Eileen this summer. Tadaa beat Settle Down Eileeen in the Canada Day Stakes and finished second in the LaVerendrye to her rival. She was third in last year’s Winnipeg Sun Stakes, but that was a bit of an anomaly. With Escape Clause entered, it was only a four-horse race (Barry Arnason owned three of the four horses in the race) and Escape Clause won by almost six full-lengths. This year, however, it should be an outstanding race.

In the meantime, with two wins on the weekend, five-time champion Tom Gardipy Jr. has regained the lead in the trainer’s standings at ASD. Gardipy Jr. now leads the trainers’ standings with 32 wins, 28 seconds, 21 thirds and $284,234 in earnings in 146 starts. Juan Pablo Silva, who didn’t get a win this past weekend. is now second with 30 wins, 24 seconds, 21 thirds and $294,278 in winnings in 123 starts while defending champion Jerry Gourneau, who recorded three wins including the Manitoba Mile with Deep Explorer, is third with 27 wins, 32 seconds, 24 thirds and a Downs-leading $312,393 in winnings in 165 starts. Steven Gaskin is next with 18 wins while Gary Danelson, in his 60th year as a trainer, is next with 11 wins.

The post-parade on Wednesday, Friday and Saturday nights this week are at 7:15. First post at 7:30.