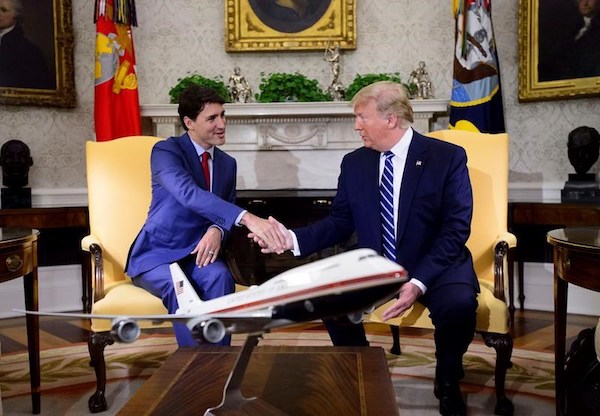 As a middle of the road Canadian, I look at the political landscape and I’m concerned. Mostly, I’m concerned about the growing divisiveness I see elsewhere in the world and its creep into Canadian politics.

Canadians consume a lot of culture from outside our borders and we’re inundated with the current political climate in both America and Britain. Things aren’t quite so bad here and I always thought it was a function of our three-party system forcing parties to remember their centres. But I’m also seeing more memes, more instances where political opponents are being cast as a threat to democracy and less debate about actual policies. I can’t help but wonder, is it just that we’re slower to pick up on trends?

Whether it’s a case of perception or recognizing there’s a problem that needs to be solved, I came across a new study that gives me some hope. Last month, More in Common released a study called “The Perception Gap: How False Impressions are Pulling Americans Apart.” More in Common is an international initiative working to build societies and communities that are more resilient to the increasing threats of polarization and social division. It’s the third report in their Hidden Tribes Project, which seeks to better understand the forces driving the current climate of political polarization and tribalism in the United States. Yes, this is an American report, but their present could well be our future.

Political beliefs exist on a spectrum and not surprisingly, the survey also found that the majority of respondents fall in the middle. This middle majority are characterized by being more ideologically flexible, support finding a political compromise, are fatigued by current politics and feel forgotten in political debate. They’re leaving the debate to those at the edges.

What’s the solution? With two elections coming up, maybe the solution is to talk to candidates from other parties. Political affiliation isn’t a disease, you won’t catch it from talking to someone you would never vote for and with whom you disagree on policy. The more we can understand what other Canadians see as a better future for our country, the better we can build a future that works to improve the lives of all Canadians.

Addressing divisiveness is important because if left unchecked, we’ll end up with fragmented groups that can’t work together. We’ll end up unable to find common ground and without common ground, there will be no progress.