Home » The Canadian Press » Hay Shortage: Manitoba Cattle Producers Say They May Have to Reduce Herds

Hay Shortage: Manitoba Cattle Producers Say They May Have to Reduce Herds 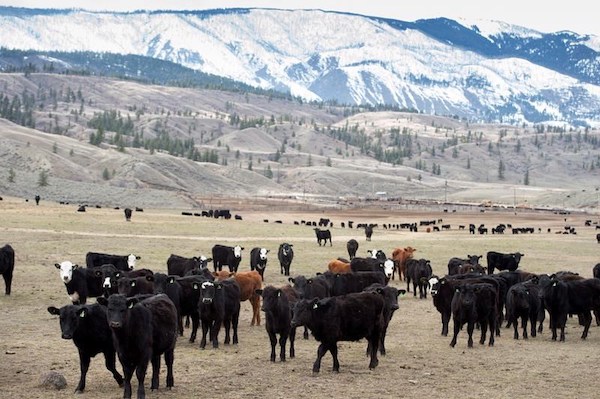 Cattle are seen in a field near Ashcroft, B.C., Sunday, March 26, 2017. (THE CANADIAN PRESS/Jonathan Hayward)

WINNIPEG — Cattle farmers in Manitoba say they may be forced to cut down their herds because there’s not enough for the animals to eat.

Carson Callum of the Manitoba Beef Producers says many farmers are dealing with a hay and forage shortage this year.

Callum says producers might not sell off their entire herds, but downsizing could certainly happen.

He says producers are facing back-to-back years of dry conditions and will struggle to salvage the rest of the season.

Manitoba Agriculture’s latest crop report says hay and forage yields are “significantly below average” and at 40 to 60 per cent of normal.

Ryan Mateychuk, a farmer from the Zhoda area southeast of Steinbach, is selling baled hay to farmers in need and says calls have been coming in quickly.

“I had about 30 calls in about 45 minutes,” Mateychuk told CTV Winnipeg. “It’s definitely a scary situation for farmers in this area.”

The provincial government says livestock producers are being allowed to temporarily use Crown land for cutting hay and to graze animals.

The province says it has received nearly 200 requests for parcels of land.