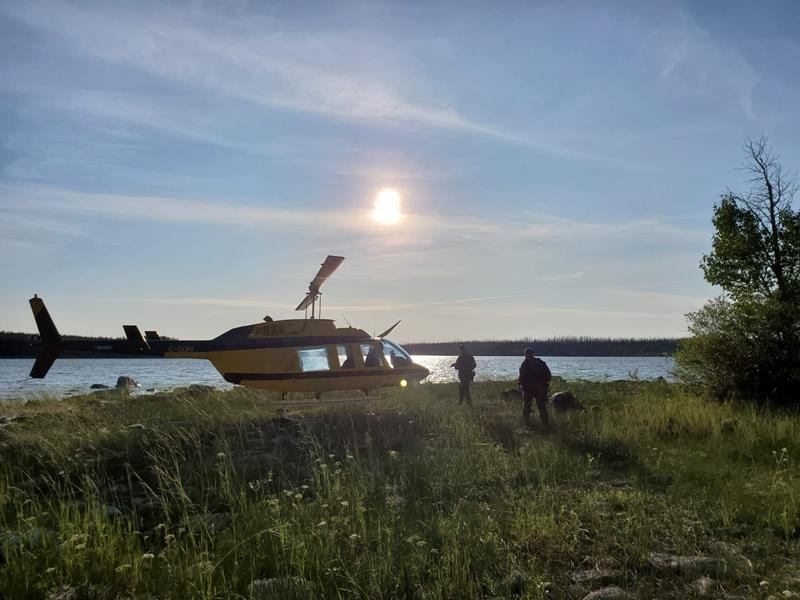 GILLAM, Man. — A new tip has led police involved in the escalating manhunt for two B.C. murder suspects to another remote community in northern Manitoba.

RCMP posted an update on Twitter late Sunday afternoon saying they were sending helicopters, a plane, heavily armed officers and police canine units to York Landing to investigate a tip that Bryer Schmegelsky, 18, and 19-year-old Kam McLeod of Port Alberni, B.C., may have been spotted in the area.

The duo are charged with second-degree murder in the death of University of British Columbia professor Leonard Dyck and are also suspects in the fatal shootings of Australian Lucas Fowler and his American girlfriend Chynna Deese.

York Landing is about 90 kilometres southwest of Gillam, Man., where the search for the fugitives has been focused for the past week after a burned-out Toyota RAV4 the teens were travelling in was found there.

James Favel of the Bear Clan Patrol, an Indigenous-led neighbourhood watch group, said it was some of his group’s volunteers who contacted police after seeing two suspicious men while patrolling York Landing on Sunday afternoon. Favel told The Canadian Press in an interview from Winnipeg that the “two guys definitely stood out,” and fled as soon as they were spotted.

However, despite rumours on social media, Leroy Constant, chief of the York Factory First Nation, posted on Facebook Sunday night that no one had been apprehended.

“We are urging everyone to remain indoors with windows and doors locked. Patrols of the community will be done on a 24-hour basis,” Constant said.

Mounties issued a tweet requesting that people not disclose officer locations by posting photos of police in the community to social media.

Savannah Massan, 22, lives near where the two men may have been spotted and says she knew something serious was happening when a local police vehicle went speeding down her street with its siren blaring.

“Instantly when you hear the sirens you are going to wonder what’s going on because they never turn the sirens on,” she said.

People are on edge, she added, as they wait for answers and the freedom to move around their community again.

Police said earlier Sunday that they had received more than 200 tips over the course of five days, but none that convinced them to believe the pair had left the Gillam area.

They added that it was critical all Canadians remain vigilant until the duo is apprehended.