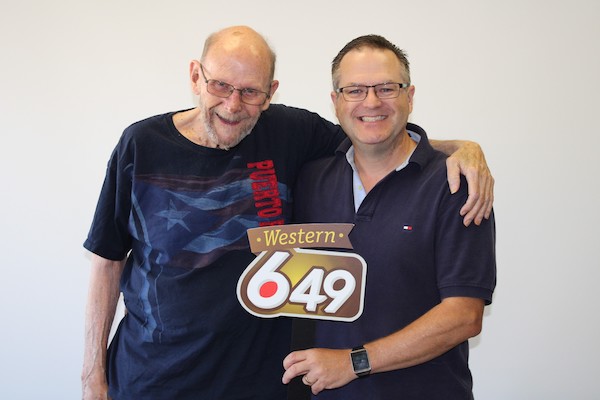 A Winnipeg father and son are sharing in a $2 million lottery windfall by keeping the money in the family.

“We’ve always said that we’d share any prize over $100,” the elder Hunter said in a release.

The prize was won on a free ticket from a previous draw at the Real Canadian Superstore lottery kiosk at 3193 Portage Avenue.

“I went to buy my new tickets for the week, and I gave my old ones to the clerk to check,” David Sr. said. “I had no idea it was a winner, and then she said, ‘You won $2 million!’

“I didn’t really have a reaction when she told me; I don’t get excited that often,” he said. “I think he was excited on the inside,” David Jr. added.

The Hunters plan to use their winnings to benefit family, with the elder investing his sum and junior using his share toward his children’s educations.