Manitoba Boaters Reminded to Stay Sober on the Water 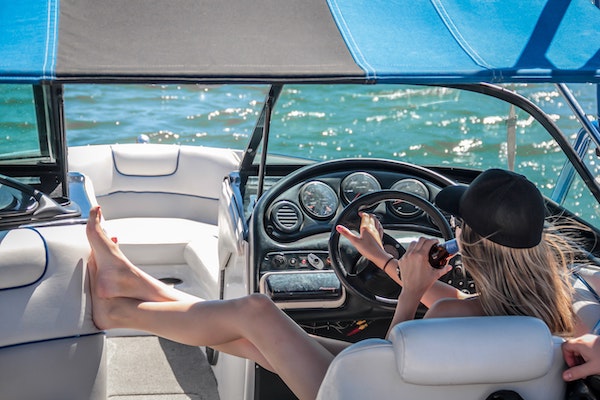 A woman leads by (bad) example by sipping a beer behind the wheel of a boat in this stock photo. (PEXELS)

As Manitobans head to lake country and elsewhere this long weekend, officials are reminding sun-seekers to boat sober if hitting the water is in your travel plans.

“We know Manitobans love to get out on the water during the summer months, and they also love relaxing while on vacation,” said Lifesaving Society Manitoba water smart coordinator Dr. Christopher Love.

“But think ahead and save the party until you are off the water for the day. Boating sober means you are much less likely to become a statistic.”

According to the Lifesaving Society, alcohol plays a role in 58 percent of boating-related fatalities in Manitoba — 23 percent higher than the national average.

Boaters can be charged with impaired operation of a vessel if they are found to be drinking behind the wheel, including operating human-powered craft. In Manitoba, you can also lose your driving privileges as a result of boating while impaired.

In Manitoba, it is also illegal to transport open alcohol on boats. Additionally, boat passengers may only consume alcohol on-board a boat in the province if the boat is anchored or docked and has a permanent toilet, cooking facilities, sleeping facilities.

Alcohol plays a role in 58% of boating related fatalities in Manitoba. That’s 23% more than the National average. Lifesaving Society Manitoba and the CSBC partnered with WPS, the WFPS and Manitoba RCMP in Operation Dry Water encouraging Manitobans to Boat Sober. #BoatSober pic.twitter.com/jtUsTmP7LH