Home » The Canadian Press » Experts, Cops Weigh in On the Intersection of Violence and Video Games

Experts, Cops Weigh in On the Intersection of Violence and Video Games 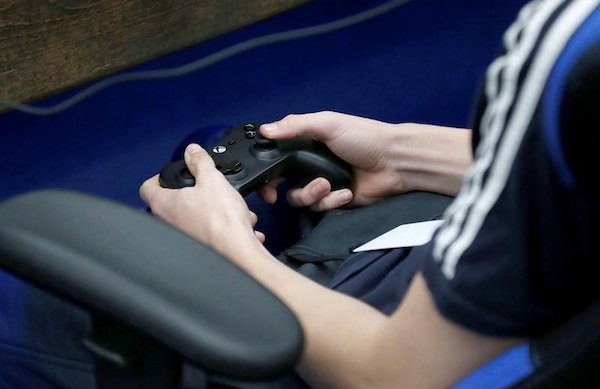 A student plays a video game in Sapulpa, Okla. on April 3, 2019. A spate of recent high-profile crimes allegedly perpetrated by young men with a passion for video games is prompting industry watchers to raise cautions against reading too much into their hobbies. (THE CANADIAN PRESS/AP, Stephen Pingry-Tulsa World)

TORONTO — A spate of recent high-profile crimes allegedly perpetrated by young men with a passion for video games is prompting industry watchers to raise cautions against reading too much into their hobbies.

A growing body of research suggests video gaming is no longer the niche pursuit it’s been widely considered for decades, but rather a common pastime involving the majority of Canadians to at least some degree.

Law enforcement officials, scholars and industry analysts all agree the stereotypes that have long attended discussion of the “gamer” demographic are reductive and fail to capture the various complexities at play in the growing network of game-oriented communities.

“It’s one component in a huge range,” Lachman said in a telephone interview. “You might as well suggest, ‘what about unemployment, is that a factor? What about economic disparity?'”

Video games have formed a key part of the emerging narrative in two recent Canadian crimes.

A 23-year-old man currently charged in an alleged quadruple homicide north of Toronto reportedly shared details of the killings with friends made through an online game he’d played for two years.

Police have said at least one of the teens accused of killing three people in northern British Columbia and currently the subject of a cross-country manhunt is believed to have sent photos of Nazi paraphernalia to one of his fellow gamers.

But the fact that both young men played video games put them squarely among the majority of the population, according to researchers.

Lachman said recent studies estimate that 80 to 90 per cent of North Americans partake in video games to some degree.

Scott Stewart, senior research analyst in the tech and media division of global market research firm Mintel, said the sample was the latest to suggest that gaming has entered the mainstream.

He likened its place in society to that occupied by film and television, with a broad spectrum of engagement among those who use the medium.

But he said society as a whole has struggled to wrap its head around gaming and the place it occupies in today’s culture.

Stewart pointed to the example of e-sports, or competitive video-game playing. He said it’s evolved into a multimillion dollar industry complete with lucrative tournaments and sold-out arenas, yet no one knows whether to classify such events as video game symposiums or traditional sports matches.

Stewart said video games are similarly misunderstood in many aspects of society, theorizing that the frequent misconceptions associated with them make them a go-to explanation for those trying to make sense of violent criminals.

“I think the fact that it’s constantly something we come back to highlights the general lack of understanding we all have about what it is and the role it plays,” he said.

One misconception was highlighted in a University of Montreal study published in the journal Jama Pediatrics earlier this month.

The study of nearly 4,000 teens tracked their screen time use over four years. It found that while higher social media use and TV consumption were strong predictors of depression, video game activity was not. Nor were video games found to be associated with those feeling social isolation, the study found.

But Lachman said that since video games give rise to a legitimate type of community, mental health concerns do get expressed among its members.

He said mental health professionals have yet to find an effective way to connect with gamers in the spaces where they’re most at home, calling for more concerted efforts to establish resources that appeal to people comfortable with online interactions.

The gaming world is particularly complex, he said, adding it’s comprised of both the gaming platforms themselves and third-party apps often enlisted to facilitate chatter among players.

Adding to the complication, Mills said, is the fact that platforms come and go according to the whims of the day.

Mills said policing online activity is growing in popularity among officers, but noted that even the surge in interest has not been enough to keep up with the rising demand for online policing.

“My biggest fear is, what if something came in where I could have saved a life and I didn’t see it,” Mills said. “We’re police officers. We care.”

Blair Wiser, who spends hours a day either playing games or watching videos related to them, said members of the gaming community have started taking on some of those monitoring responsibilities themselves.

Wiser, 26, said inevitable backtalk and insults that arise from competitive gameplay can contribute to stereotypes about gaming culture.

He said tournament organizers and official game developers are now taking a more active hand in establishing core values for individual online communities and cracking down on chatter that violates the rules.

“Awhile back they treated it like the Wild West where the community was expected to self-police, but we’re now realizing that that doesn’t really work given the anonymity of the internet,” he said. “It’s more important to have moderation and make other people aware of how it’s expected we interact with each other.”