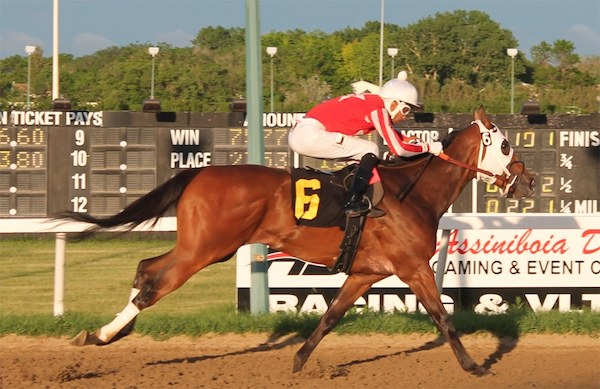 If you have a shiny new Toonie, you might want to head out to Assiniboia Downs on Monday and let the whole coin ride on the favourite, Call It a Wrap.

Or, you might want to take a chance on the speed, Oil Money. Or even place your hard-earned cash on the local favourite, Lifesbeengoodsofar.

Whatever your poison, the 71st running of the $75,000 Manitoba Derby probably has a three-year-old colt/gelding you’ll like. After all, eight are going to post ion the biggest thoroughbred race of the 2019 season at ASD.

“I’m a little surprised that he’s the favourite,” said former Downs outrider turned trainer Tim Rycroft of his beautiful Chestnut gelding Call It a Wrap. “Hopefully that bodes well come race time that other people think that much of the horse, too. I really like the horse. He’s improving and I brought him in a little early and he’s getting accustomed to the track here.

“I don’t much about the other horses in the race. I’ve watched a few of their races and I know that Oil Money is the horse people are talking about. He’s the real speed in the race. Oil Money hasn’t gone the distance before, but if you get an easy lead, you get a little breather down the backside and you can turn the race into a bit of a rout, so none of can let him get too far ahead.” 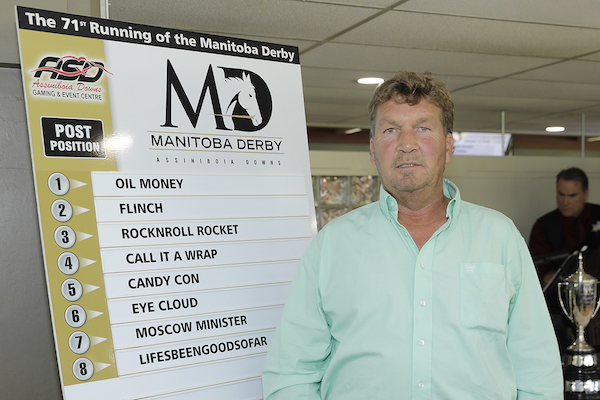 Rycroft, who hails from Grande Prairie, Alta. and whose barn is now at Century Mile in Calgary where he’s currently the leading trainer, has been in the racing business his entire life. He started out as an outrider and even worked at ASD for three years. He married a trainer, but when they decided to have a family, she turned the barn over to Tim and raised the kids while Tim got his trainer’s license and has been running the family’s thoroughbred business for the past 15 years.

With Call It a Wrap, he has one of the three horses with a legitimate pre-race chance to win the Derby.

Our money is on No. 1, Oil Money with a 1-4-7 Triactor, but our heart is with Murray Duncan and Lifesbeengoodsofar.

There is also live racing Friday (Debutante Stakes and Manitoba Oaks) and Saturday night (Graduation Stakes) at the Downs, with first post each night at 7:30 p.m.