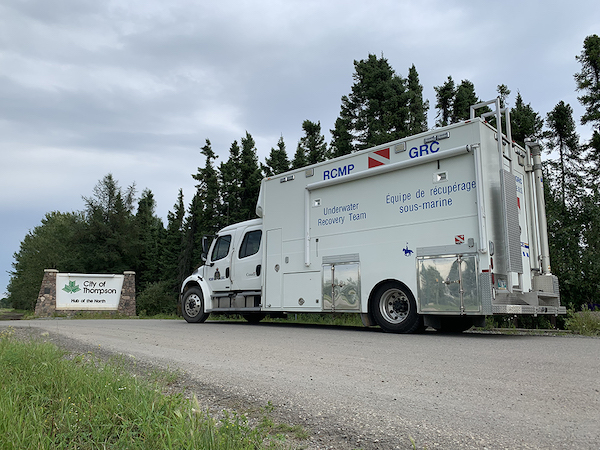 GILLAM, Man. — RCMP say they will no longer be searching a river in northern Manitoba for two murder suspects.

Mounties say the search of the river began after a damaged aluminum boat was discovered on the shore of the Nelson River on Friday.

The dive team arrived in Gillam and conducted an underwater search “of significant areas of interest” on Sunday.

Police say the search team won’t be conducting any more dives on Monday.

Police say a roadblock has been put in place in the Sundance, Man., area for other search efforts, but they declined to provide further details.

The area has been the focus for more than a week in the hunt for Bryer Schmegelsky, 18, and Kam McLeod, 19, who are wanted in connection to the deaths of three people last month in B.C.

The news comes after police said Wednesday they would be scaling back the search in the Gillam area, which is where the last confirmed sighting of the pair was more than a week ago.